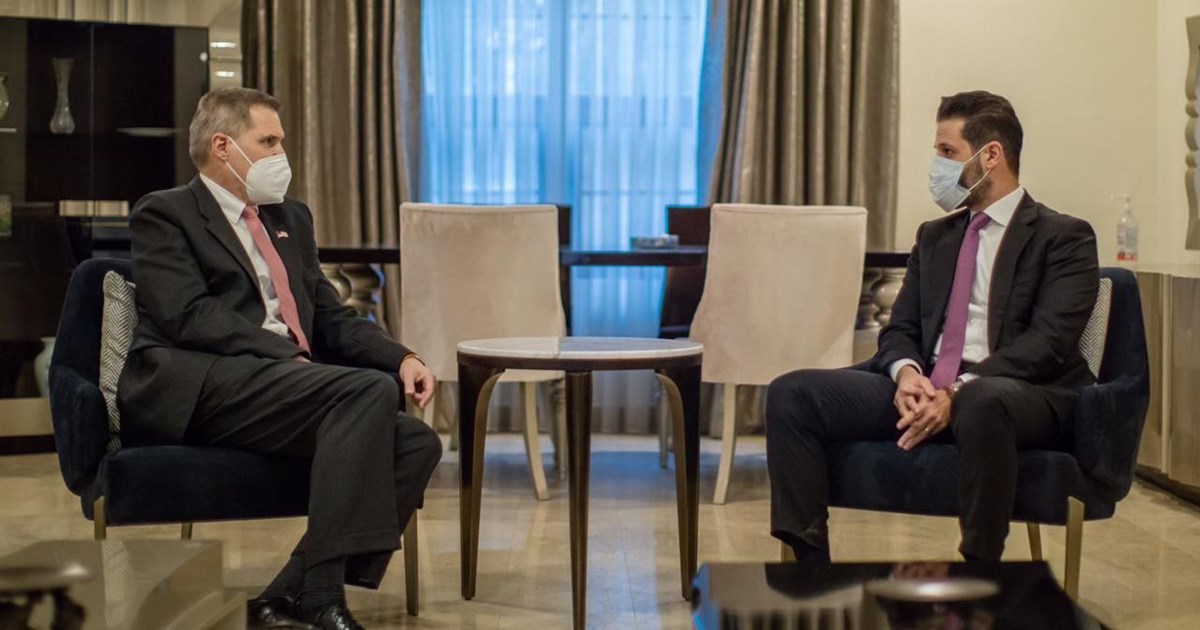 Shafaq News / The Deputy Prime Minister of the Kurdistan Region, Qubad Talabani, met the US ambassador to Iraq, Matthew Tueller, and discussed together the path of negotiations between Erbil and Baghdad

A statement issued by the regional government said that Talabani commended the strong relations between President Biden and the members of his administration and the region's political leadership.

The meeting dealt with the latest political and security developments in the country. Talabani stated that the upcoming elections in Iraq are a fateful process for Iraq and the Kurdistan Region, expressing his hope for more international support to run an electoral process far from fraud and manipulation.

It was also confirmed that the Kurdistan Regional Government continues to implement the reform law in various fields.

Kurdistan can be a major exporter of food products, DPM says

Talabani: Kurdistan is a safe environment for investment