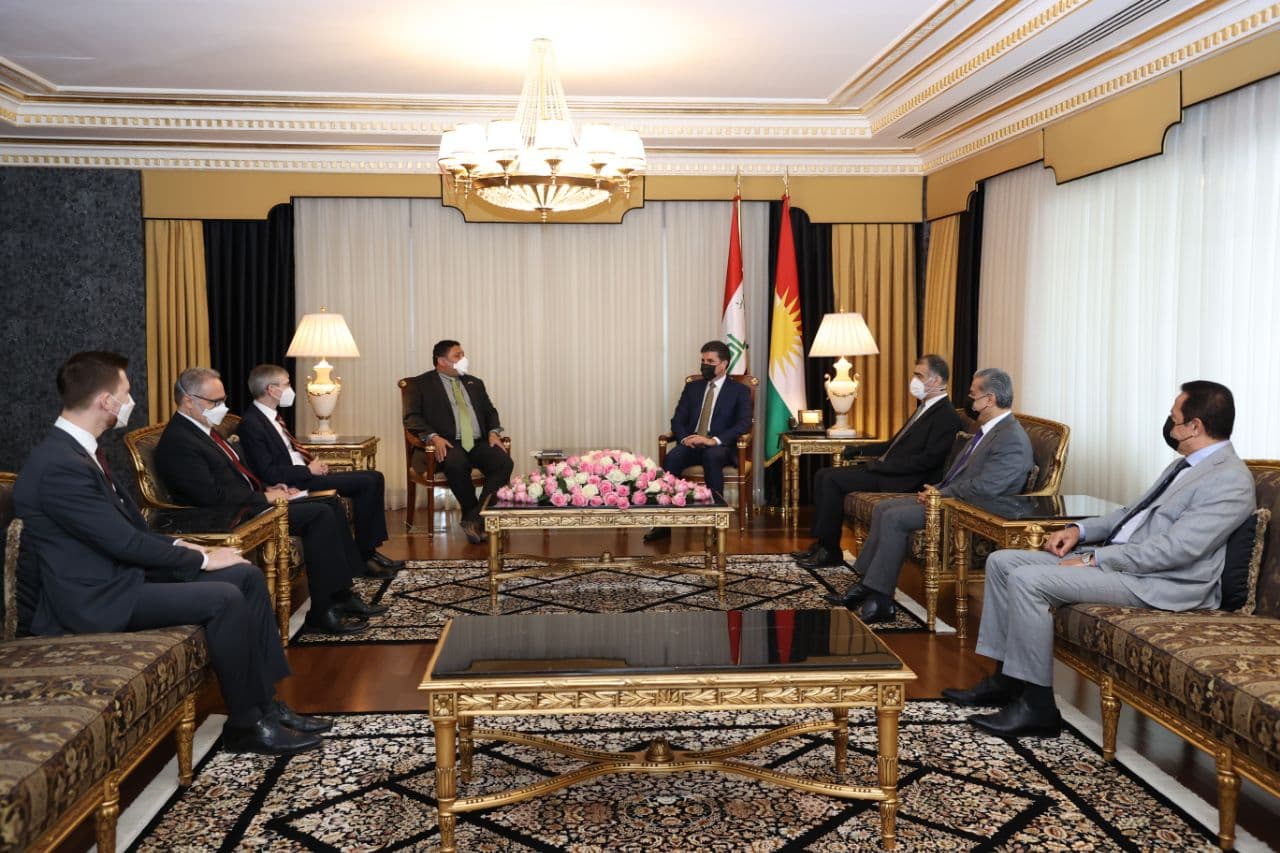 The meeting attended by the US Consul-General in Erbil discussed the latest updates on the situation in Syria in general and North and Eastern Syria in particular, the role of the Global Coalition, stressing the importance of stability and dialogue between the Kurdish forces.

The President said that the situation in Syria cannot reach a resolution point overnight, asserting that the Syrian crisis can only be solved via dialogue and a political, not military, approach.

Barzani called for addressing the Kurdish issue in Syria as a part of the Syrian file as a whole.

The President of the Region said that ISIS's threat in Syria is still real, laying emphasis on the role of the US, the Global Coalition, and allied forces in Syria to curb that threat.