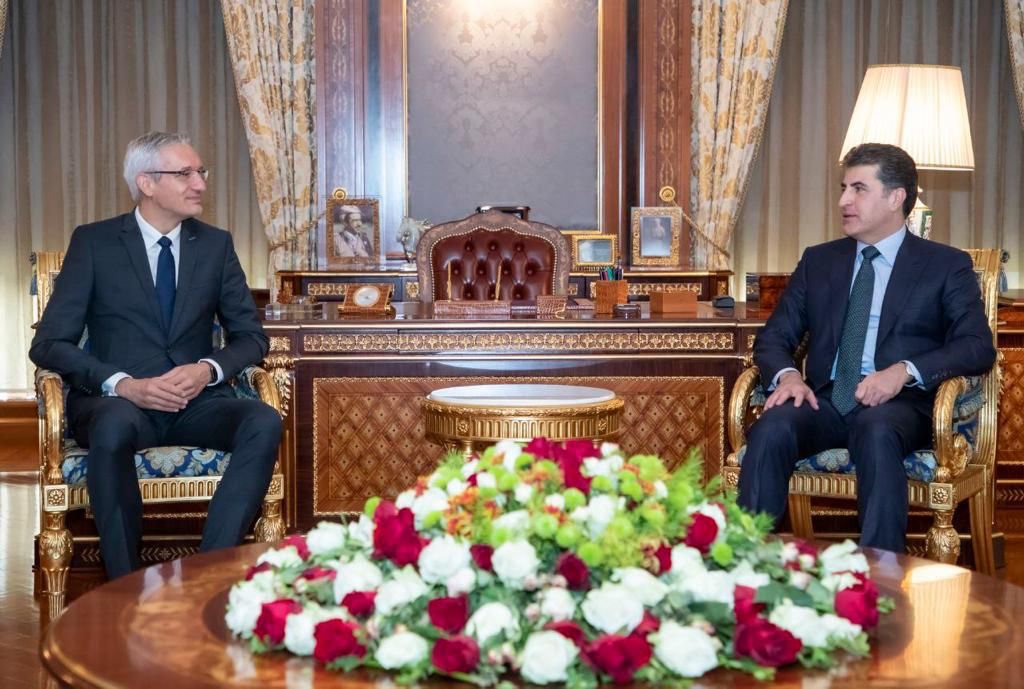 Discussions covered a wide range of issues including the Iraqi elections, the future of the political process in the country, boosting Germany’s relations with Iraq and the Kurdistan Region, and the situation in the country.

Ambassador Jaeger reaffirmed that Germany’s policy towards Iraq and the Kurdistan Region will not change after a new government takes office in Berlin following the country’s federal elections earlier this year, as Germany continues its support to Iraq and the Kurdistan Region, and will continue as a member of the International Coalition Against ISIS. The Ambassador also referred to Germany’s joint efforts with the Ministry of Peshmerga to carry out reforms in the Ministry and to unite the Peshmarga forces, commending the contributions of President Nechirvan Barzani in this regard.

The developments in Afghanistan, the situation in the wider region and other topics of mutual interest were also highlighted at the meeting, which was attended by Germany’s Consul General in Erbil.

Kurdistan's President: we must prepare together for the challenges of the next stage