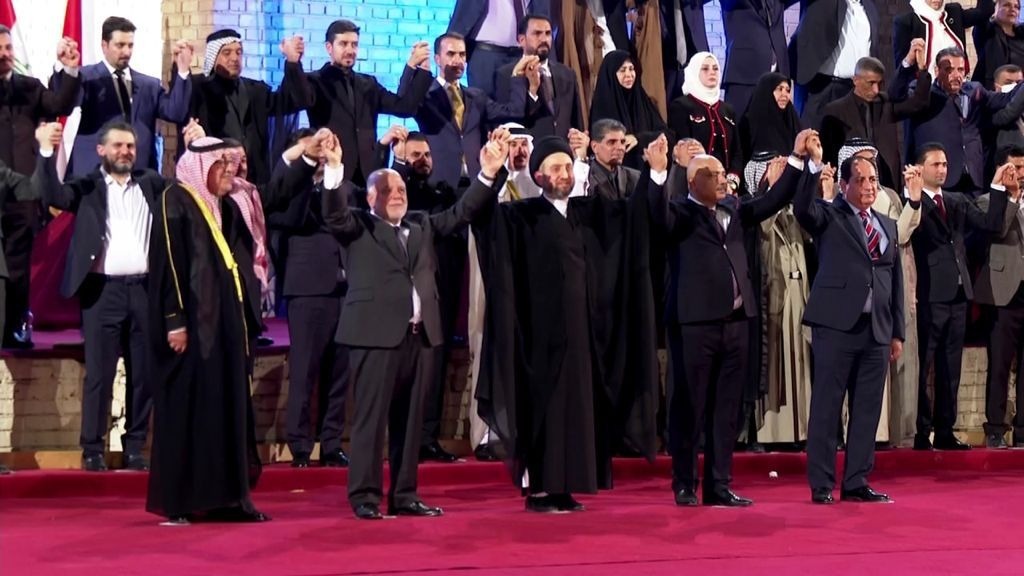 Shafaq News/ The leader of the Wisdom Movement, Ammar al-Hakim, reported that a new political bloc was formed, the "Alliance of National State Forces."

During the official announcement of the new alliance, Al-Hakim said, "The priorities have changed, and our youth today has become more aware and responsible."

Addressing the youth, he added, "Do not leave Iraq, and do not allow others to occupy your place in responsibility."

He continued, "We need a social and political contract that enables the Iraqis to build the state," noting that "everyone today wants to establish a state that is not subject to the region will."

Al-Hakim pointed out that his new alliance "represents the forces of moderation, and rejects extremism, extremism, and racism."

"The alliance aims to support the path of reforms and courage in the face of corruption and waste of public money, and to activate the equitable distribution of wealth among the governorates."

He stressed, "our alliance aims to expel foreign forces, create a major economic, urban and development renaissance, develop education and activate the role of woman."