China pours money into Iraq as US retreats from Middle East 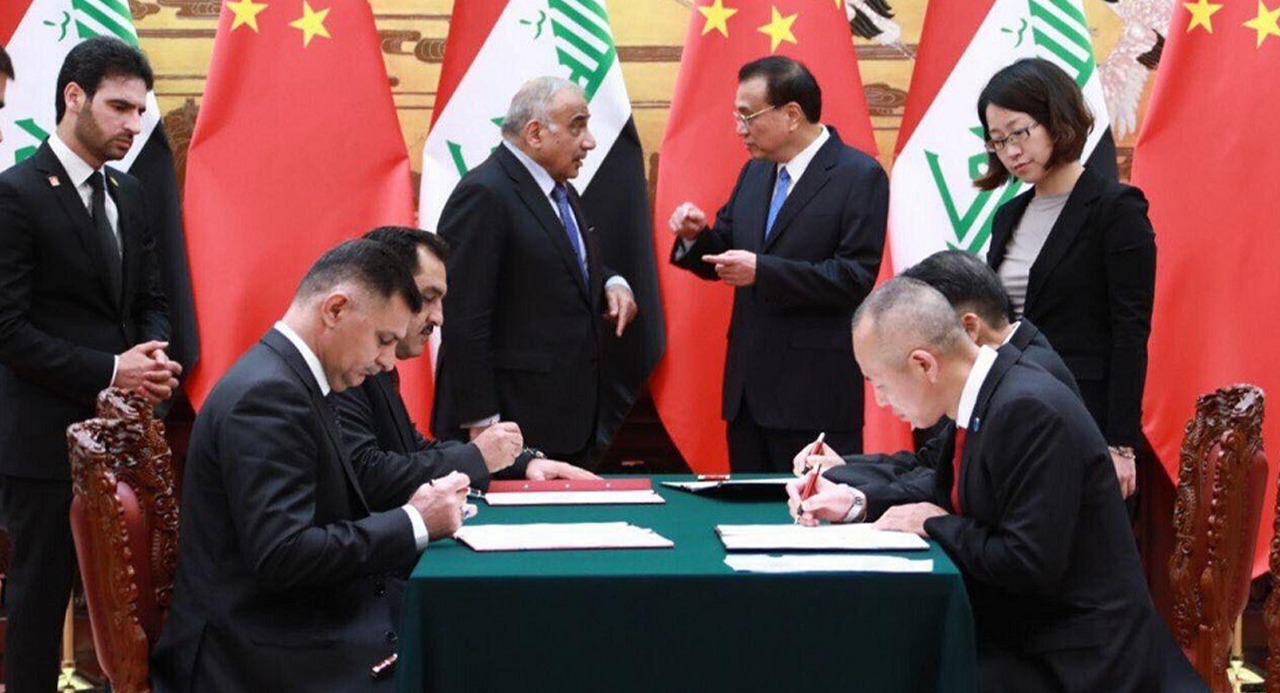 Shafaq News/ Iraq has become one of the biggest beneficiaries of Xi Jinping’s Belt and Road Initiative as China deepens its economic ties across the Middle East through billion-dollar construction and energy contracts.

Beijing struck $10.5bn in new construction deals in Iraq last year, part of a “strong shift” in its engagement towards the Middle East despite a broader downturn in Chinese outbound investment.

The findings were revealed in a report published on Wednesday by the Green Finance & Development Center at Fudan University in Shanghai and reviewed by the Financial Times.

Beijing’s efforts to foster deeper economic ties with Iraq, Opec’s second-largest oil producer, coincides with a growing perception among Arab leaders that the US is disengaging from the Middle East.

The researchers noted that the Chinese Ministry of Commerce’s five-year plan to 2025 promised investment overseas, including non-BRI projects, of $550bn, down 25 per cent from $740bn in 2016-2021.

But in Middle Eastern and Arab countries, the level of construction investments and contracts rose 360 per cent and 116 per cent, respectively, mostly in energy and transport infrastructure.

Christoph Nedopil Wang, director of the Green Finance & Development Center, said the researchers were “surprised” by the extent of China’s engagement with Middle East and Arab states.

“We believed that the focus would be much more on south-east Asia, including infrastructure,” he said. “But actually it was particularly driven by Iraq . . . and a strong shift towards Africa and Middle Eastern countries.”

China has cemented its position in the region in the same year that President Joe Biden formally ended the US combat mission in Iraq and the Taliban retook control of Afghanistan after the chaotic exit of coalition forces.

The US retains about 2,500 troops in Iraq, where they have been integral to fighting Isis militants, but they have transitioned to a training and advisory role.

While Beijing relies on the Middle East for most of its energy imports, Arab states are expanding the relationship, tapping into Chinese technology and extending trade relations with the world’s second-biggest economy.

Ties between Beijing and Baghdad strengthened under Adel Abdul Mahdi, the former Iraqi prime minister, who in 2019 described Sino-Iraqi relations as poised for a “quantum leap”.

Iraq is already the third-biggest exporter of oil to China, but officials in Baghdad have been keen to secure Chinese investment to help upgrade decaying infrastructure. Many western companies have been reluctant to invest in the country, which is still blighted by political instability and sporadic bouts of violence, outside the oil and gas sectors.

New deals signed between Chinese and Iraqi groups include the big Al-Khairat heavy oil power plant in Karbala province, rebuilding the international airport in Nasiriyah and developing the Mansuriya gasfield near the Iran border.

In December, Iraq signed an agreement with Chinese companies Power Construction Corporation of China and Sinotech to build 1,000 schools, which will be paid for through oil products.

Kirk Sowell, publisher of Inside Iraqi Politics, a newsletter, said that while Iraq had been seeking to increase ties with China in recent years “it’s not like Iraq is becoming an economic colony of China”. He added: “The concern among Iraqi critics of the China agreements is how much of Iraq’s oil is being mortgaged off to pay for Chinese investment, and that’s a question we don’t know the answer to.”

Xi launched the BRI in 2013 but after years of rapid growth, the pace of lending on the initiative has recently slowed.

Total BRI engagement remains down about 48 per cent from pre-pandemic levels. Fudan University researchers did not expect the BRI to return to the heights of the late 2010s, owing to closer scrutiny of deals in many foreign capitals as well as tighter controls in Beijing over outbound investment.

According to the report, no new coal projects received financing or investments in 2021, while green energy deals increased slightly to a record $6.3bn. That also reflected a preference for smaller and more sustainable projects, the researchers said.

The latest BRI data came amid renewed international debate over whether China was pushing developing countries into so-called debt traps, under which Beijing could seize assets when it is owed money.

Anxiety over China’s rising international dominance has prompted the US and EU over the past year to try to counter the BRI with new international development finance efforts.

China ranks the first as the top buyer of Iraqi oil, SOMO