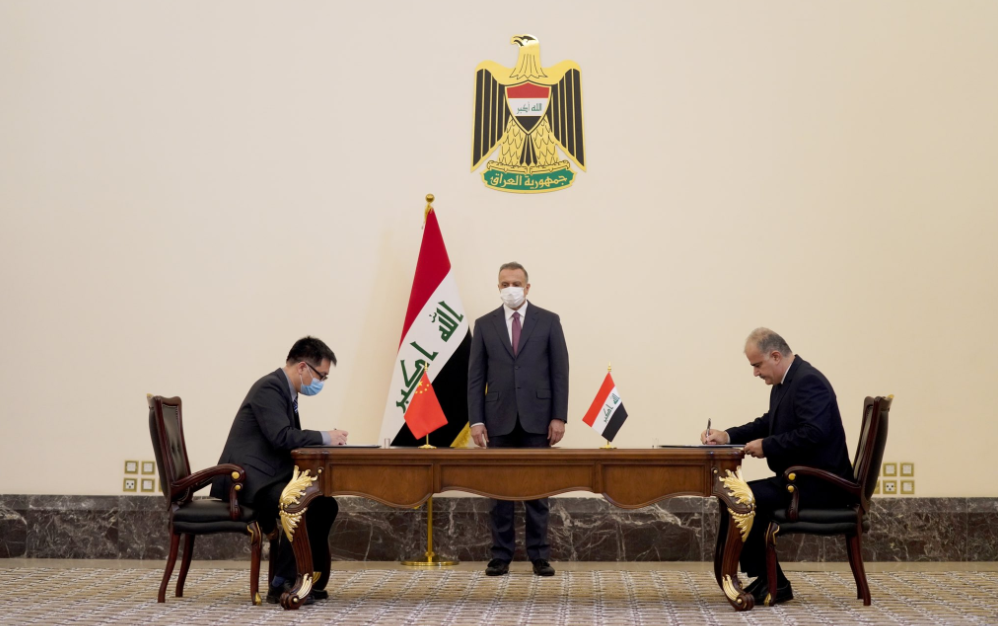 Shafaq News/ China has signed a deal to build 1,000 schools in Iraq as Beijing pushes for a bigger role in the Middle East while the United States retreats.

Iraqi Prime Minister Mustafa al-Kadhimi oversaw the signing of 15 contracts on Thursday, with representatives of the Power Construction Corporation of China and Sino Tech.

According to the Iraqi News Agency, Power China will construct 679 schools and the other 321 will be built by Sino Tech. This was part of a national project to build a total of 7,000 new schoolhouses as the government tries to reconstruct the education system after years of war.

The Orientalist and political expert, Elena Soponina, told the Russian "Nezavisimaya gazeta" newspapers, "Iraq has attracted the Chinese since long ago. In Saddam Hussein's era, they were interested in the oil and gas fields and signed contracts. After overthrowing Saddam, the Chinese managed to establish a foothold in that Iraqi marke, although they only invested at a very narrow range, given the complicated security situation there...However, for China, Iraq, with an estimated oil reserves of at least 112 billion barrels, is an aperitif."

"After the U.S. toppled Saddam, everyone thought that the American companies will head to Iraq with their eyes on oil. However, it did not go this way. Even though they have business in the Iraqi market, it is too limited. Lack of security sparked concerns among American investors. Beside, developing the oil sector in the U.S. made it attenuate to cut their presence in Iraq. This allowed the Chinese companies to fill the gap. However, Russian companies are also active their, which might start a competition."

Thursday’s deals were signed two weeks after the US military announced that it had formally ended its combat mission 18 years after the US invaded to remove Saddam Hussein. However, some 2,500 US ground forces will stay in an advisory role.

US armed forces initially withdrew from the country in 2011, but former president Barack Obama then sent them back in 2014 after Islamic State militants seized large swathes of territory in Iraq and Syria.

The troops remained there even after the militant group was driven from its last Iraqi stronghold in 2017.

The announcement that they would be withdrawn this year reflected the US shift to the Asia-Pacific as US President Joe Biden’s administration prioritises on the challenge from China. Meanwhile, China has been stepping up engagement with the Middle East to fill the gap left by the US in recent years.

During a phone conversation with Iraqi President Barham Salih in August, Chinese President Xi Jinping said China would continue to support reconstruction efforts in the country.

According to the Chinese embassy in Baghdad, Iraq is now a major destination for Chinese investment in the Middle East, mostly in the oil industry. China is the largest buyer of oil produced in Iraq.

Chinese companies are also in talks to build more infrastructure in the country, from power supplies, communications to schools, water supplies, airports and railways.