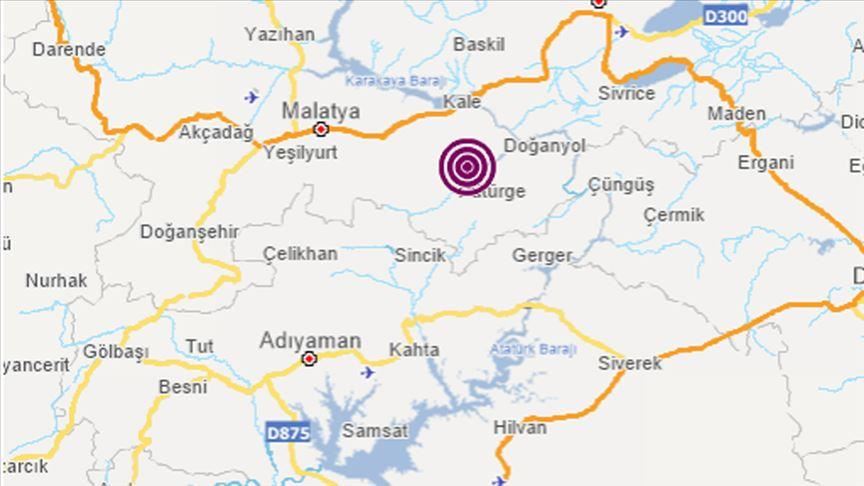 Shafaq News / A new earthquake hit 4.3 on the Richter scale, at dawn on Sunday, the southern Turkish province of Malatya.

The Turkish Disaster and Emergency Management Authority "Avad" stated, on its website, that the epicenter of the earthquake is located in "Bortorja" district at 05:22 local time (02:22 GMT)

The authority noted that the earthquake occurred at a depth of 11.5 km, without further details.

On Friday evening, an earthquake measuring 6.8 on the Richter scale hit Alazig province, according to the Turkish Disaster and Emergency Management Authority and was felt by residents of several neighboring countries.

The strong earthquake resulted in the death of 29 people, while the number of injured reached 1466, in the states of Alazig, Malatya, Diyarbakir, Adiyaman, Batman, Kahraman Marash, and Chanli Urfa.