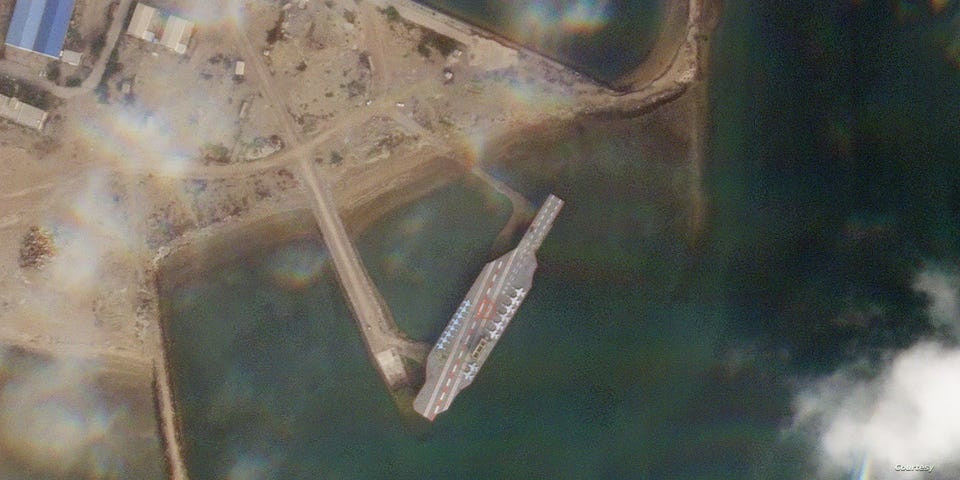 Shafaq news/ The United States Navy on Tuesday criticized Iran as "irresponsible and reckless" for conducting an exercise involving firing a missile at a replica aircraft carrier in Gulf waters.

Iran's navy fired a missile from a helicopter at a U.S. aircraft carrier in the Strait of Hormuz on Tuesday – a fake one, that Iran's paramilitary Revolutionary Guard had towed into the strategic waterway as part of war games and military drills that illustrate the persistent threat of conflict between Tehran and Washington.

Footage broadcast on Iranian state TV showed the replica vessel being struck by the projectile as part of an exercise Iran called "Great Prophet 14." Iranian commandos subsequently fast-roped down from the helicopter onto the mock Nimitz-class carrier –resembling a ship the U.S. Navy routinely sails into the Persian Gulf – as other Iranian navy vessels encircle the vessel, likely a barge, kicking up white waves in their wake.

Commander Rebecca Rebarich, a spokeswoman for the U.S. Navy's 5th Fleet in Bahrain, said in an emailed statement that the Navy was aware of the Iranian military exercise that involved attacking a mock-up of a vessel similar to a motionless aircraft carrier.

"This exercise has not disrupted coalition operations in the area nor had any impacts to the free flow of commerce in the Strait of Hormuz and surrounding waters," she said.

In a similar exercise in 2015 Iran's navy sunk a replica U.S. aircraft carrier. About 20% of the world's oil passes through the Strait of Hormuz, the entry point to the Persian Gulf.

Tensions between Iran and the U.S. have sharply escalated since 2018, when President Donald Trump withdrew the U.S. from Iran's 2015 nuclear deal with six world powers and reimposed sanctions that have restricted Tehran's oil exports and brought its economy to a standstill. Last summer, Washington blamed Tehran for a series of mysterious incidents targeting the region's oil tankers and the two nations appeared to be on the brink of war in January after a U.S. drone strike killed a top Iranian general in Baghdad. Iran responded by firing ballistic missiles targeting U.S. forces in Iraq.