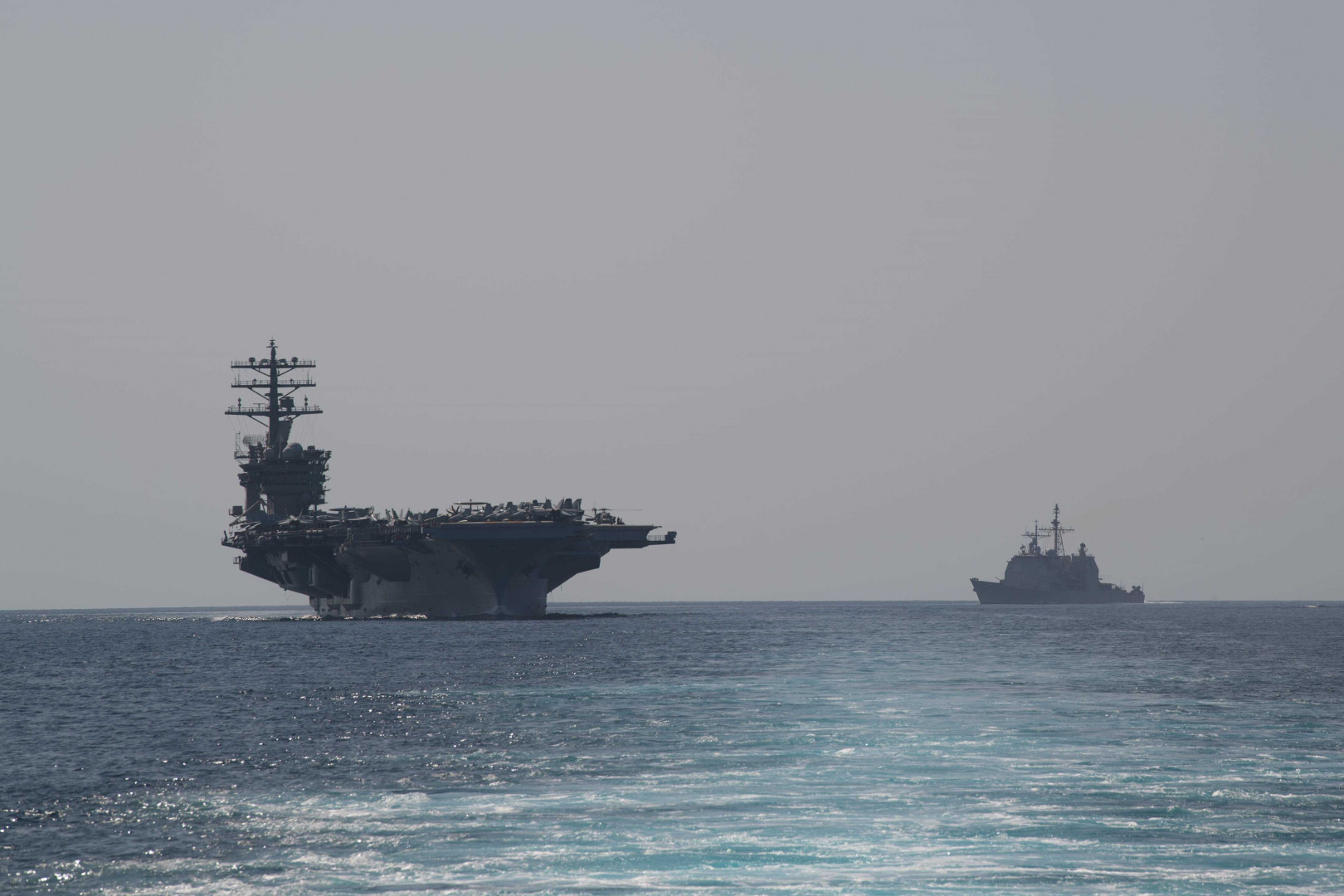 Shafaq News/ A US aircraft carrier passed the Strait of Hormuz to enter the Gulf Friday amid Washington threats to enforce "UN" sanctions.

The fleet added that, "the Carrier Strike Group (CSG) will operate and train alongside regional & coalition partners, and provide naval aviation support to Operation Inherent Resolve".