U.S. and Saudi announce package of agreements during Biden trip 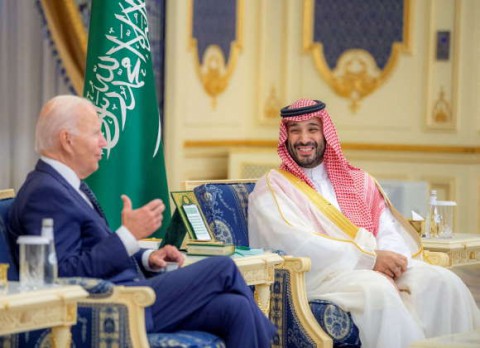 Shafaq News/ The United States and Saudi Arabia on Friday made a package of announcements ranging from removing peacekeepers from a strategic island off the Saudi and Egyptian coasts to cooperation in mobile technology, during a visit by U.S. President Joe Biden.

The statement said U.S. and other peacekeepers would leave Tiran island where they have been stationed as part of accords reached in 1978 and which led to a peace deal between Israel and Egypt. Tiran lies between Saudi Arabia and Egypt, in a strategic area that leads to the Israeli port of Eilat.

Washington also welcomed a Saudi move to open its air space to civilian aircraft flying to and from Israel, which had previously been barred with rare exceptions, the statement said.

Other announcements also covered an agreement on cooperation on 5G and 6G mobile technology and on cybersecurity.

Biden warns Kabul airport attackers: 'We will hunt you down'