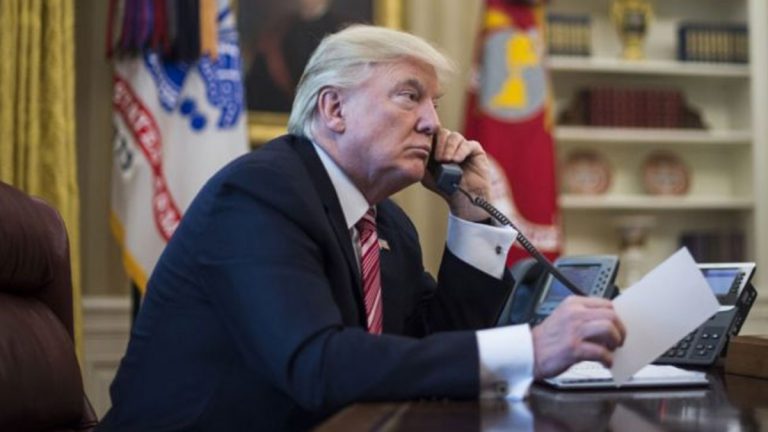 Shafaq news/ President Trump is considering new immigration rules that would allow border officials to temporarily block an American citizen or legal permanent resident from returning to the United States from abroad if the authorities have reason to believe the person may be infected with the coronavirus.

According to New York Times, in recent months, Trump has imposed sweeping rules that ban entry by foreigners into the United States, citing the risk of allowing the virus to spread from hot spots abroad. But those rules have exempted two categories of people trying to return: American citizens and foreigners who have already established legal residence.

The journal declared that effort by expanding the government’s power to prevent entry by citizens and legal residents in individual, limited circumstances. Federal agencies have been asked to submit feedback on the proposal to the White House by Tuesday, though it is unclear when it might be approved or announced.

Under the proposal, which relies on existing legal authorities of the Centers for Disease Control and Prevention to protect the country, the government could block a citizen or legal resident from crossing the border into the United States if an official “reasonably believes that the individual either may have been exposed to or is infected with the communicable disease.”

The draft, parts of which were obtained by The New York Times, explicitly says that any order blocking citizens and legal permanent residents must “include appropriate protections to ensure that no constitutional rights are infringed.” And it says that citizens and legal residents cannot be blocked as an entire class of people.

The documents appear not to detail how long a citizen or a legal resident would be required to remain outside the United States.

“C.D.C. expects that any prohibition on the introduction of U.S. citizens or L.P.R.s from abroad would apply only in the rarest of circumstances,” the draft says, referring to legal permanent residents, “when required in the interest of public health, and be limited in duration.” The journal added.

Still, if Trump approves the change, it would be an escalation of his administration’s longstanding attempts to seal the border against what he considers to be threats, using the existence of the coronavirus pandemic as a justification for taking actions that would have been seen as draconian in other contexts.

Officials said there were no current rules that would allow American citizens and legal residents to be prohibited from returning to the United States for a period of time because of concerns about a communicable disease.

The new rule appears to apply to all points of entry into the United States, including at airports and along both the northern and the southern borders. In particular, the border with Mexico, where many American citizens and legal residents cross back frequently.

Trump has repeatedly urged to close the borders, but they remained open to citizens and residents, despite the spread of the Corona virus, which has infected more than twenty million people in the world and killed more than 738 thousand.

Trump says "I want no violence"

More than 100 million ballots were cast before Election Day

Trump: be prepared ... we will go through two "very, very painful" weeks