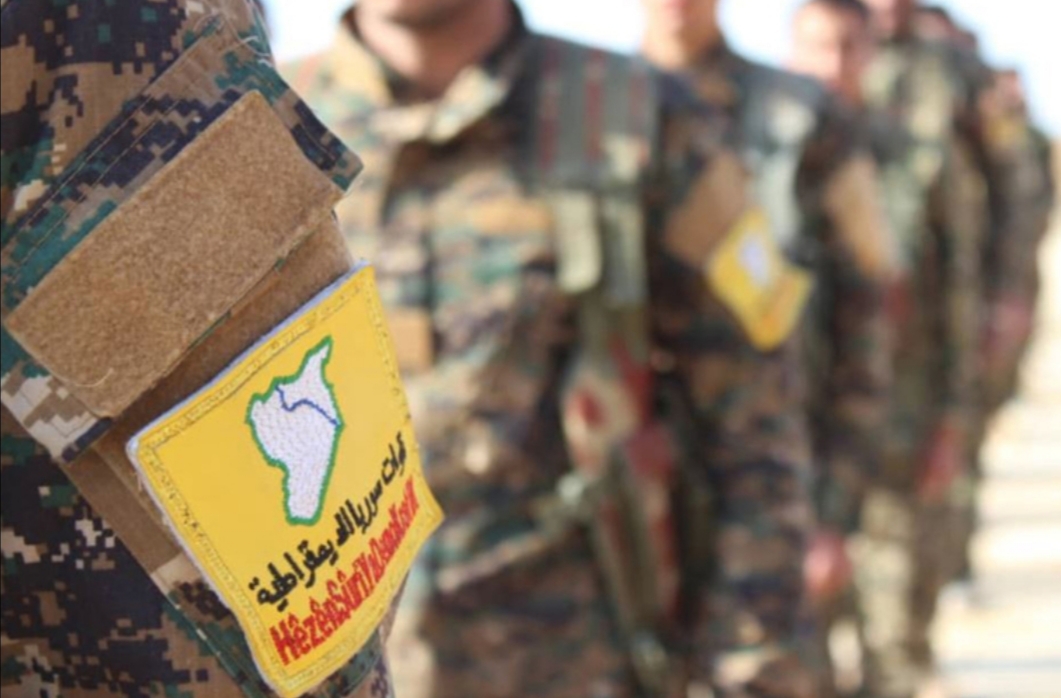 Shafaq News / the Syrian Democratic Forces (SDF) in northeastern Syria reported, on Thursday, that 11 ISIS members had been arrested in Al-Hasakah and Deir Ez-Zor.

SDF Media Center said in a statement the "SDF forces backed by the Global Coalition arrested an ISIS member in the Al-Suhail area in the eastern countryside of Deir Ez-Zor and ten others in Al-Hol camp in Al-Hasakah.

It is noteworthy that in March, the Asayish Special Forces killed the “Wali” of Deir Ez-Zor and arrested nine others.