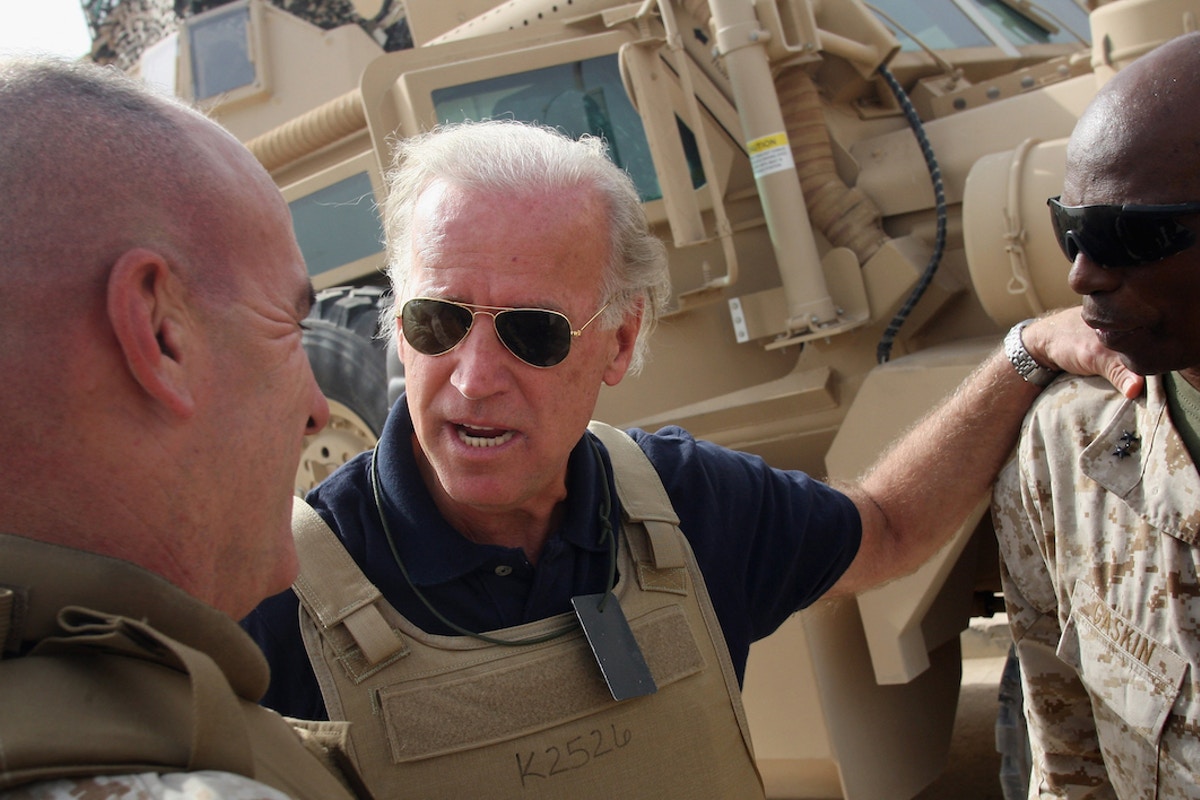 Shafaq News/ In a speech praising State Department employees for their dedication, President Joe Biden mentioned that he had been shot at in the past, reviving memories of remarks he made in 2007 about his visits to Iraq as a senator.

Following his speech, critics questioned whether Biden had ever actually been shot at. News reports replayed Biden’s comments about his visits to Iraq in 2004 and 2005. In response, White House officials pointed to additional news reports about experiences Biden had while visiting Iraq as vice president in 2009 and 2010.

In the past, Biden has at times blended stories or given an unsubstantiated personal account about past events.

We can’t independently verify if Biden was shot at, but it is well-documented that he has traveled to trouble spots and areas of active fighting. Here is a review.

What Biden said in 2007 about his visits to Iraq

During the campaign for the 2008 Democratic presidential nomination, Biden and other candidates spoke of plans to withdraw troops from Iraq.

At a July 23, 2007, CNN debate, Biden made a comment about the Green Zone in Baghdad, the heavily fortified area from which U.S. and Iraqi forces administered occupied Iraq. The area was a frequent target of mortar attacks.

"Let's start telling the truth," said Biden, then a senator from Delaware. "No. 1, you take all the troops out. You better have helicopters ready to take those 3,000 civilians inside the Green Zone, where I have been seven times and shot at. You better make sure you have protection for them, or let them die."

Two weeks later, Biden reworded his statement in a more detailed account, according to The Hill. The Hill wrote that Biden described three incidents on two separate Iraq trips in which he felt that he was shot at or might have been shot at in 2004 and 2005.

In an incident inside the Green Zone, a shot landed outside the building where he and other senators were staying. He also said that the vehicle he was traveling in the day before might also have been hit.

Biden said the incident happened in the morning while he and at least one other senator were shaving, the Hill wrote.

"No one got up and ran from the room — it wasn’t that kind of thing," he said. "It’s not like I had someone holding a gun to my head."

The Hill wrote: "Thinking about it now, he said, a more accurate comment would have been: ‘I was near where a shot landed.’"

A Biden White House spokesperson pointed to news reports about incidents in 2009 and 2010 when Biden, then the vice president, was in Iraq.

The New York Times reported in September 2009 that Baghdad’s international zone was attacked by rocket fire during Biden’s visit. Biden was in Iraq to meet with Prime Minister Nuri Kamal al-Maliki.

"One rocket landed on the edge of the American Embassy compound, about a mile from the building where the two leaders met, wounding several people at a security company, according to the Interior Ministry," the Times wrote. It was not clear if the attack was aimed at Biden’s entourage, but his arrival had been widely broadcast, the Times wrote. Militants had previously fired at the Green Zone.

In July 2010, mortars hit the Green Zone when Biden was visiting to celebrate the U.S. Independence Day holiday with American troops and meet with Iraqi political leaders CNN reported. There were no injuries or damage to the building.

"All are going to have to play a meaningful role in this new government in order for it to work,'' Biden told Iraqi leaders at a U.S. Embassy reception, the AP reported. "My plea to you is finish what you started."