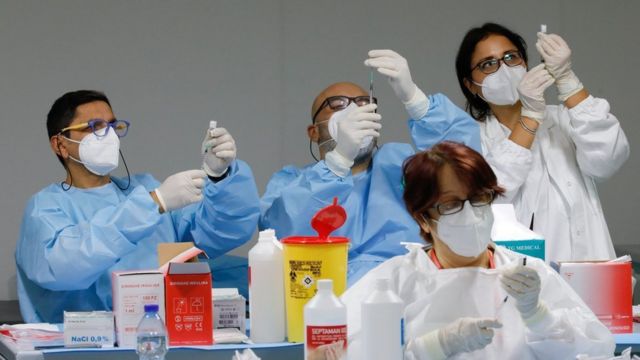 According to Associated Press, Veneto’s regional governor, Luca Zaia, reported being contacted by unnamed intermediaries offering to sell him shots, including Russian and Chinese jabs, after he publicly voiced frustration over shortages of deliveries in Italy and said he wanted to buy his own vaccines outside the national scheme.

On Friday, Zaia said his health care chief dealing with the offers, Dr. Luciano Flor, met with the carabinieri’s health care squad. The squad confirmed it was searching Veneto regional offices “to look into the presumed providers of vaccines outside agreements with central authorities.”

It’s noteworthy that Italy’s coronavirus vaccination campaign started on December 2020, as health workers were inoculated with the Pfizer vaccine

The vaccine is free of charge, health workers and elderly people are the first to be offered the voluntary inoculation.