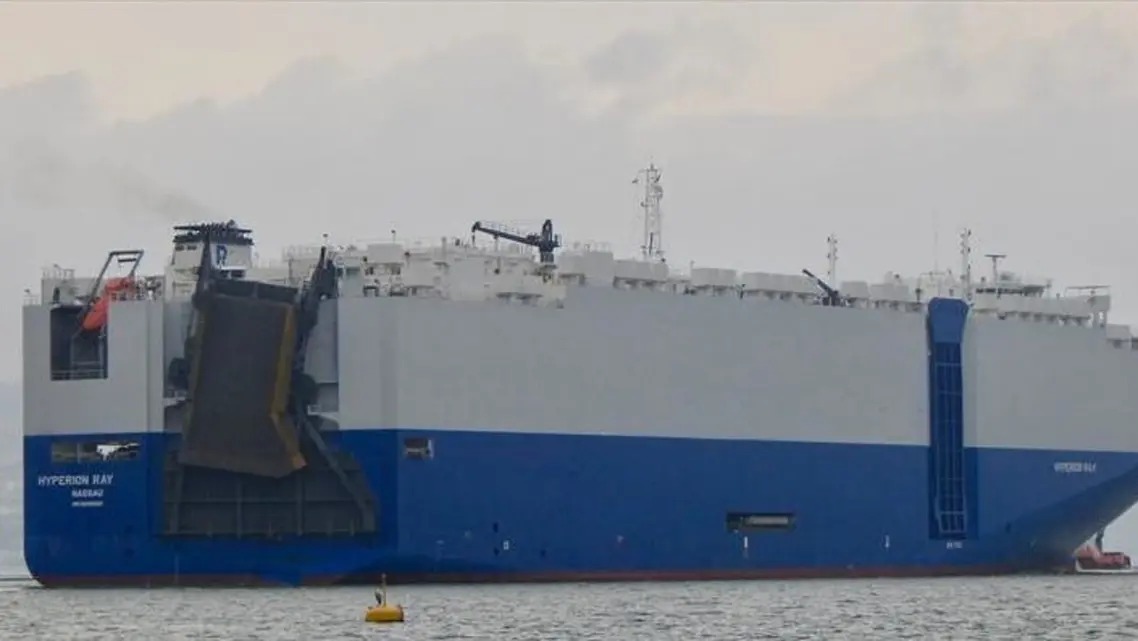 Data available on MarineTraffic.com, reported by Jerusalem Post, showed that the Hyperion, a vehicle carrier sailing under the flag of the Bahamas, was stopped off the coast of Fujairah.

According to Israel’s Channel 12 the attack did not caused any casualties.

Channel 12 quoted unnamed officials as accusing Iran of being responsible for the attack.

The vessel is associated with the Israeli Ray Shipping Company, the same company that owns a vessel hit with an Iranian attack in February.

Israeli media reported that the attack was likely carried out with a missile or drone and that only light damage was caused to the vessel.

The attack comes just days after an attack on Iran's Natanz nuclear facility and exactly a week after the Iranian Saviz ship was damaged in an Israeli attack in the Red Sea.

It also comes after two strikes against Israeli-owned vessels in the region and reports of dozens of earlier strikes carried out by Israel against Iran in locations ranging from the Mediterranean Sea to the Persian Gulf.