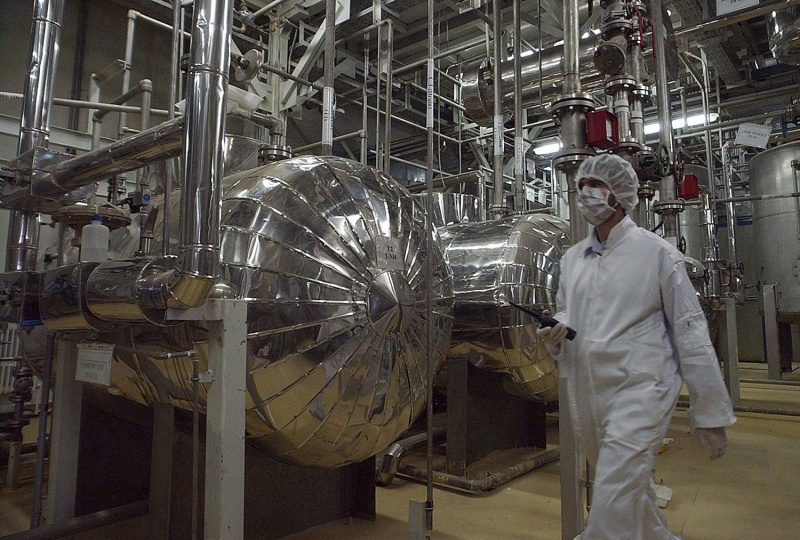 Shafaq News/ Iran resumed its enrichment of uranium up to 20 percent at its underground nuclear facility at Fordow, in accordance with a law passed in November by the Iranian parliament.

“A few minutes ago, the process of producing 20% enriched uranium has started in Fordow enrichment complex,” Ali Rabeie told Mehr.

Iran has told the United Nations nuclear watchdog it plans to enrich uranium to up to 20% purity, a level it achieved before its 2015 accord, at its Fordow site buried inside a mountain.

“We are like soldiers and our fingers are on the triggers. The commander should command and we shoot. We are ready for this and will produce [20 percent enriched uranium] as soon as possible,” said Atomic Energy Organization of Iran director Ali Akbar Salehi, according to the AP.

For its part, the European Union commented on this enrichment, Peter Stano, spokesman for the European Union’s foreign policy chief, told Iran International that Europe considers Iran's move a “clear departure” from its obligations under the nuclear deal.

"This move would have serious consequences for the non-proliferation of nuclear weapons," he added.

Fordow was built inside a mountain, apparently to protect it from aerial bombardment, and the 2015 deal does not allow enrichment there. Iran is already enriching at Fordow with first-generation IR-1 centrifuges.