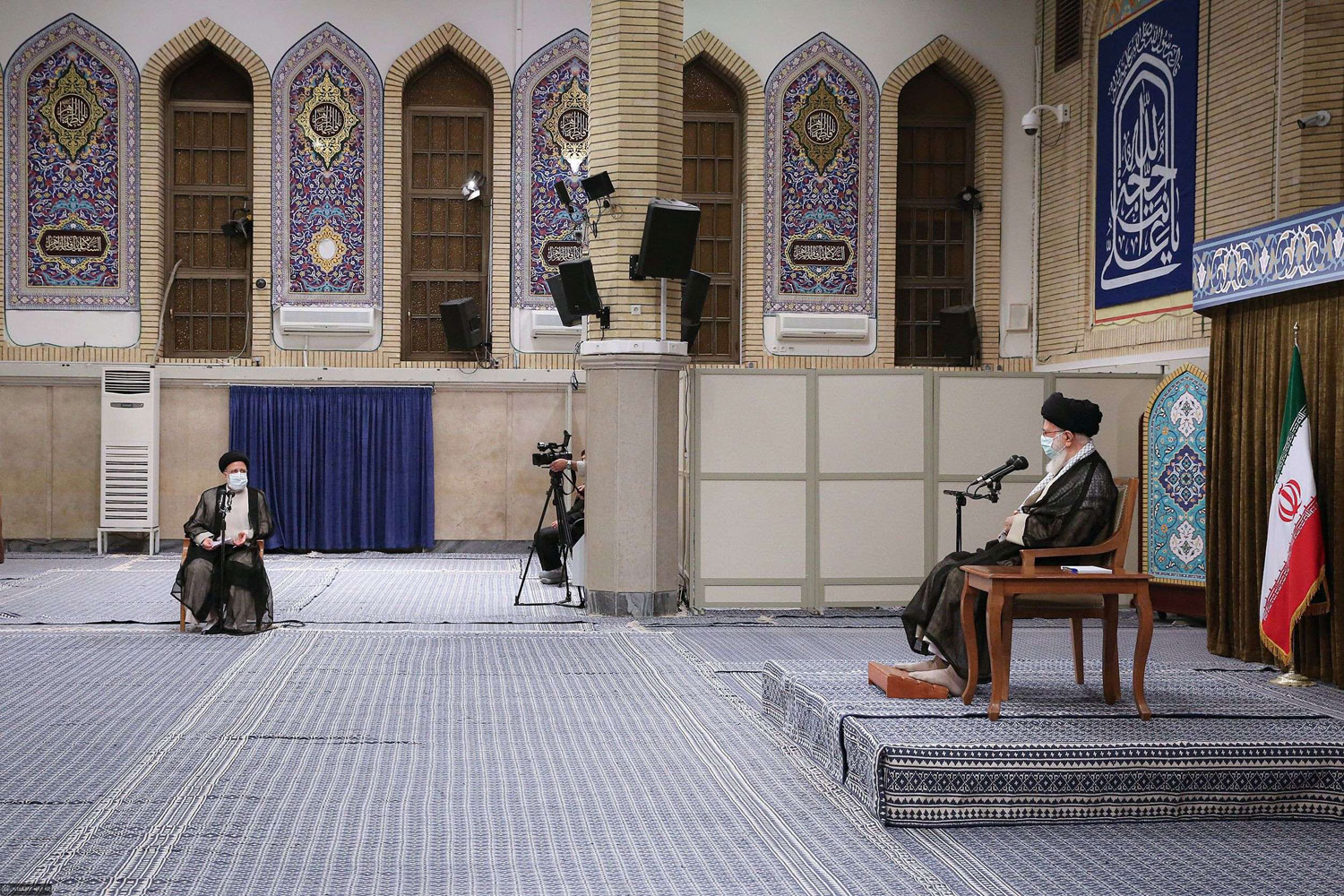 During the official ceremony of Ibrahim assuming Iran's presidency, Khamenei’s chief of staff Mohammad Mohammadi Golpayegani, read the supreme leader message saying "the transfer of power in Iran is taking place smoothly and reflects the rationality of the state, the diversity of political parties and freedom of opinion in Iran."

He added that "the people faced the enemy's conspiracy to reduce the participation rate in the elections through their heavy presence, and we thank them for that."

For his part, the hardline Shi'ite cleric Ebrahim Raisi said, after winning the endorsement of the country's supreme leader to become president, Iran will take steps to lift "tyrannical" sanctions imposed by the United States,

"We will seek to lift the tyrannical sanctions imposed by America," Raisi said in a televised speech, adding that his government would try to improve living conditions that have suffered under the sanctions.

The elected Iranian president is scheduled to be sworn in on Thursday, August 5, in a special ceremony attended by delegations from different countries.

Raisi, 60, began his tenure after receiving the approval of supreme leader Ayatollah Ali Khamenei, ending the eight-year rule of Hassan Rowhani, a more moderate figure who saw his ambition to build ties with the West flounder. He’s expected to present his proposed cabinet on August 5.

The cleric will have to immediately deal with intensifying international pressure over a deadly attack on a vessel transiting the Persian Gulf, which the US and others have blamed on Iran, and signal his intentions for stalled diplomatic efforts to save the landmark atomic accord.

It is noteworthy that the Supreme Leader, Ayatollah Ali Khamenei has the last word on all matters of state.