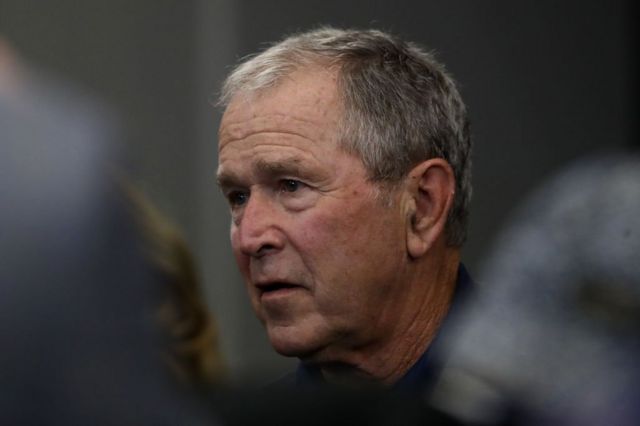 Shafaq News/ Former U.S. President George W. Bush said in an exclusive interview with Fox News that Iran is "dangerous" for stability in the Middle East and the world.

When asked about the ongoing Israeli-Palestinian violence, Bush who has rarely commented on political issues since leaving office told Fox News that what "you're seeing playing out is Iranian influence targeted toward Israel."

"I think the best approach with regard to Iran is to understand that their influence is dangerous for world peace, that they are very much involved with extremist movements in Lebanon and Syria and Yemen, and they are aiming to spread their influence," Bush said, when asked about how the U.S. should engage with Tehran.

"Any deal that is done has got to not only focus on its nuclear capabilities, but also its influence in the Middle East," Bush continued. "And you know, any deal, you’ve got to keep in mind the dangers of an aggressive Iran to our allies, and to stability, so it has to be a comprehensive look."

The Biden administration says a two-state solution is "the only way to have a long-term outcome that’s peaceful and lasting," but Bush told Fox News that remedy will be a challenge.

"I think it's very difficult at this stage," Bush said. "I wish, obviously, all of us should hope there's not violence, but what I think you're seeing playing out is Iranian influence targeted toward Israel, and trying to break up alliances that were formed in the previous administration called the Abraham Accords."

"And so, it’s going to take a while," Bush said of negotiating a two-state solution, recalling his efforts under his administration.

"It is going to require the Arab world deciding that peace with Israel is important for solving the Palestinian issue," Bush said.