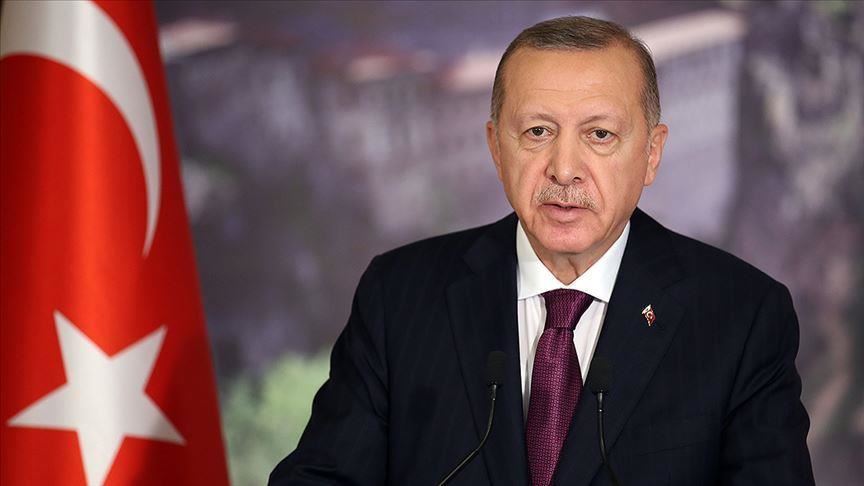 Shafaq News / "We are among the 10 countries that can design, build and operate their own warships. And we are now one of the top three countries in the production of UAVs, UCAVs and fighting UAVs,” President Recep Tayyip Erdogan said today.

Erdogan made a speech at an event held by the Turkish Aerospace Industries, Inc. (TUSAŞ) with the theme of “National Technologies and New Investments”, and the opening ceremony of the National Fighter Jet Production Facility.

Recalling that the number of defense projects, which he underlined was once 62, had today surpassed 750, Erdogan said that the Turkish companies that operated in this area had increased from 56 to 1,500, and added: “In the similar vein, the budget of the defense industry projects has increased from $5.5 billion to $75 billion; the annual turnover of the sector from $1 billion to $10 billion; and our exports from $248 million to $3.224 billion.”

Stressing that Turkey had become a country capable of meeting not only its own needs but also the needs of the friendly and allied countries in terms of land and sea vehicles, Erdogan said: “We are among the 10 countries that can design, build and operate their own warships. And we are now one of the top three countries in the production of UAVs, UCAVs and fighting UAVs.”

“We owe it to these achievements that we easily carry out anti-terror operations inside our borders and conduct successful cross-border peace operations,” he underscored, and noted: “We are now raising the bar much higher and prepare our country for future warfare. By increasing our research and development investments, we are one by one implementing the systems that require high technology.”