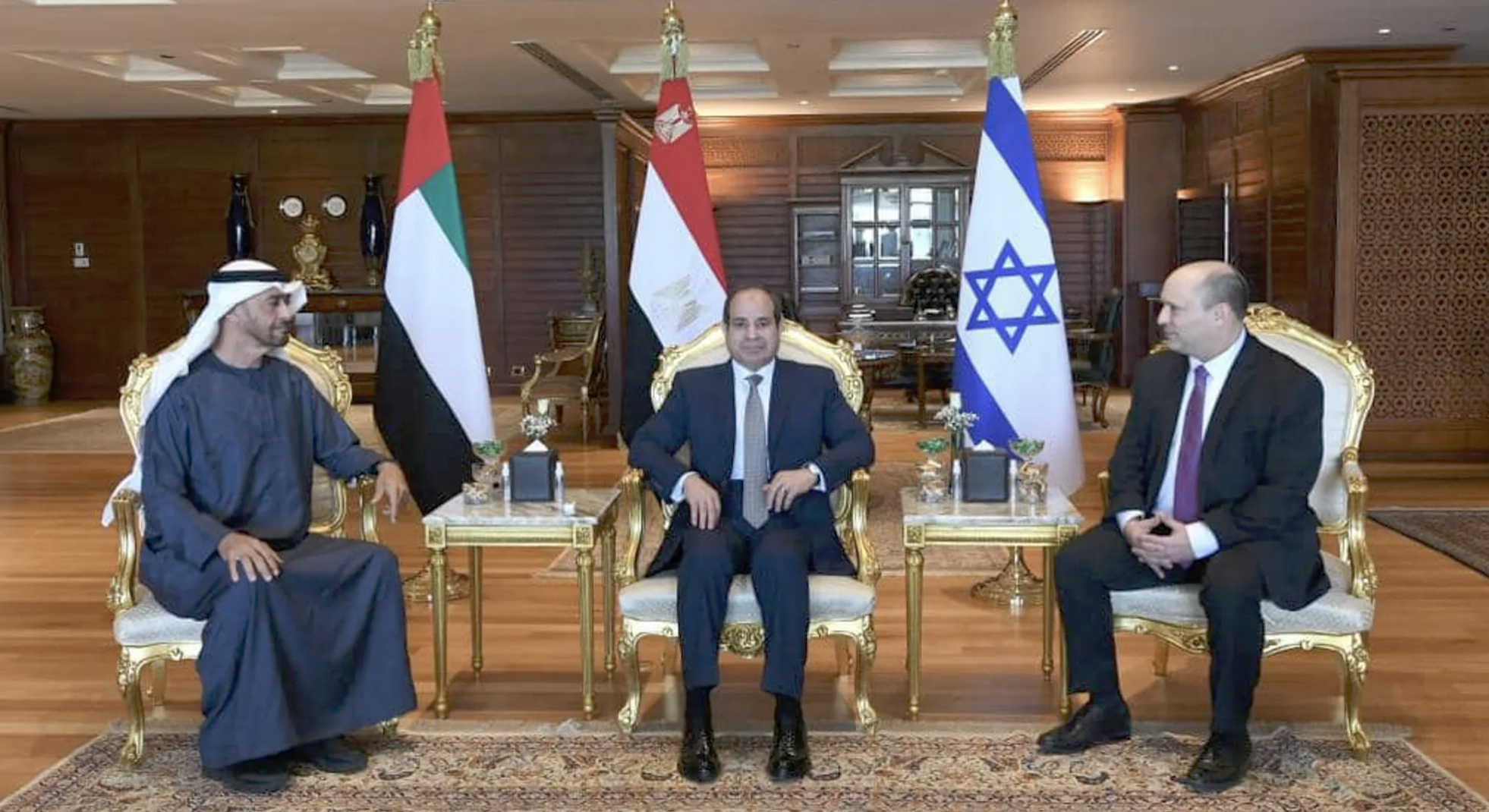 Egypt’s presidency said they discussed the stability of energy markets and food security, as well as international and regional issues, without elaborating.

“The leaders discussed the ties between the three countries in the context of recent developments in the world and the region, and the ways to strengthen them on all levels,” a statement from Bennett's office said.