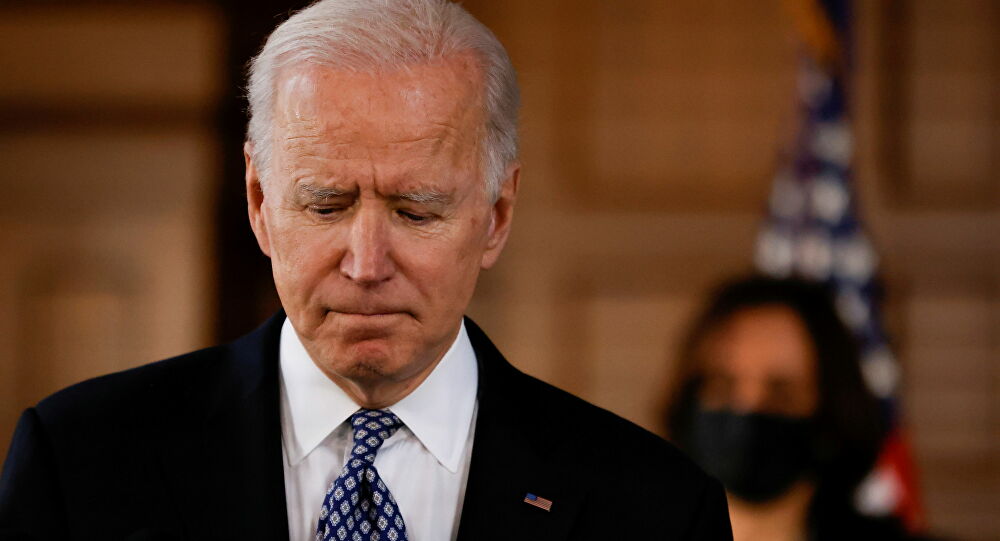 Shafaq News/ U.S. President Joe Biden faces a foreign-policy challenge as fighting intensifies between Israel and Hamas and as Democrats have become more divided on the Israeli-Palestinian conflict.

As the violence nears the end of its first week, Biden has sought to defuse tensions while avoiding taking sides in the conflict that has drawn criticism from many in his party. Republicans have pressed him to take a more firm stance in defense of Israel.

According to Wall Street Journal (WSJ), The White House on Friday said it was engaged extensively in behind-the-scenes discussions with Israelis, Palestinians and other key players in the region, following the Israeli military launching the most intense bombardment of its five-day military operation in the Gaza Strip, adding tank and artillery fire from the ground to its campaign of airstrikes.

In a statement on the White House’s Eid celebration, Mr. Biden said Friday both Palestinians—including in Gaza—and Israelis “equally deserve to live in dignity, safety and security.”

“No family should have to fear for their safety within their own home or place of worship,” he said.

The administration so far has taken a cautious approach publicly, as several progressives have reinforced their calls for conditioning aid to Israel and criticized Biden for saying that Israel had a right to defend itself. Other top Democrats, including Senate Majority Leader Chuck Schumer, Senate Foreign Relations Committee Chairman Bob Menendez and House Majority Leader Steny Hoyer, have meanwhile voiced a more pro-Israel view. WSJ stated.

“We’re watching this closely, we will remain closely engaged,” White House press secretary Jen Psaki said Friday. “A lot of conversations we have may happen behind the scenes because that may be the most appropriate way to de-escalate the situation on the ground.”

Mr. Biden said Wednesday that he spoke with Israeli Prime Minister Benjamin Netanyahu. He hasn’t yet spoken with Palestinian Authority President Mahmoud Abbas, who has been in touch with other top administration officials. He also hasn’t named a U.S. ambassador to Israel, which several groups who work on Israel-Palestinian issues have urged him to do.

The leading contenders for the ambassadorship include Tom Nides, vice chairman of Morgan Stanley and a former State Department official, and former Florida Democratic Rep. Robert Wexler, according to people familiar with the search. WSJ said.

More than two-dozen House Democrats sent a letter to Secretary of State Antony Blinken earlier this week calling on him to use diplomatic pressure to prevent the displacement of Palestinians from East Jerusalem. Rep. Alexandria Ocasio-Cortez (D., N.Y.), one of the signatories, questioned U.S. aid to Israel amid escalating violence.

“The United States needs to take responsibility for the violence that we are supporting,” Ms. Ocasio-Cortez told The Wall Street Journal on Friday. “We can’t advance this idea that we’re some neutral party in this situation if our actions are consistently targeting Palestinians.”

In a tearful speech on the House floor, Rep. Rashida Tlaib (D., Mich.), the only Palestinian-American in Congress, also said the U.S. government was turning a blind eye to abuses of Palestinians. “Palestinians aren’t going anywhere, no matter how much money you send to Israel’s apartheid government,” she said.

A group of pro-Israel Democrats also defended their positions on the House floor. “And we, as Americans, and me—as an American and a Jew—must stand for what is right,” said Rep. Elaine Luria.

Around 140 Palestinians have been killed since the operation began earlier this week, including 31 children, according to the health ministry in Gaza. At least 900 people have been injured, the ministry said. Eleven Israelis have died, including a soldier killed by an antitank missile and an elderly woman who died while running to a bomb shelter overnight, according to the military.

Ben Rhodes, one of former President Barack Obama’s top foreign-policy advisers, said the Biden administration’s approach to the violence in Gaza mirrors longstanding U.S. policy in the region but no longer reflected the reality on the ground.

Mr. Rhodes also said that condemning Israel’s actions can be politically problematic for the administration because it would open up more questions about the unconditional nature of U.S. support for Israel.