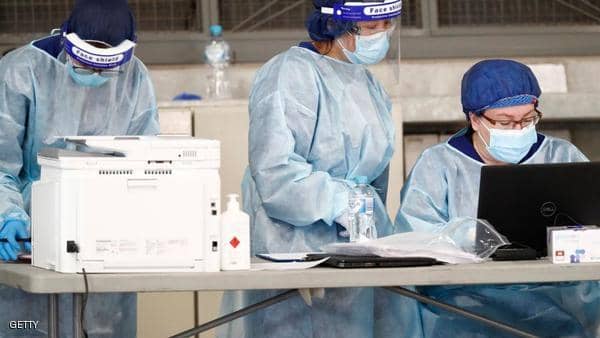 Shafaq News / The Guardian British newspaper has mentioned today the increasing in the number of coronavirus infections in Europe and around the world, which might be a sign for a second wave.

The newspaper’s editorial was entitled “Covid-19's resurgence: we can make ourselves safer”.

“In England, and other European nations hit hard by coronavirus, bars and cafes have reopened, and people have begun to fly abroad again for holidays. Guests have gathered for weddings. Babies have met their grandparents for the first time”, The guardian stated

The newspaper assumes that although many remain wary, the loosening of restrictions encouraged some to behave carelessly.

Boris Johnson the British Prime minister said that there could be a “return to normality” by Christmas, but now the prime minister has warned there are signs of a second wave in Europe.

The Guardian revealed that “Spain’s sharp rise in cases has already prompted England to reimpose quarantine for returning travelers; it may soon do so for Belgium, Luxembourg and Croatia”.

Adding that “the global picture underscores that we are not, in truth, facing a new wave, but a continuation or resurgence: the pandemic is “one big wave”, says World Health Organization spokesperson Margaret Harris. But she also made it clear that, while it might be accelerating, it is not an inexorable force sweeping all before it. It can and must be flattened”.

“Another worldwide lockdown is neither possible nor desirable, given its costs. But the alternative is not resignation, abandoning the most vulnerable persons”.

“One hope is that governments and communities are better prepared for a resurgence thanks to the test and trace strategies they have developed, and increased public awareness of how to reduce the risk of infection”, the newspaper added.

Pointing out that “With no vaccine yet available, a sensible government would pause the relaxation of restrictions while it takes stock, and discourage people from holidaying abroad as cases grow. It would clarify guidelines to make them more understandable, and throw itself into effective social media campaigns to remind people of the difference that mask wearing, proper distancing and handwashing make”.

How life to return to normal after Covid-19 vaccine