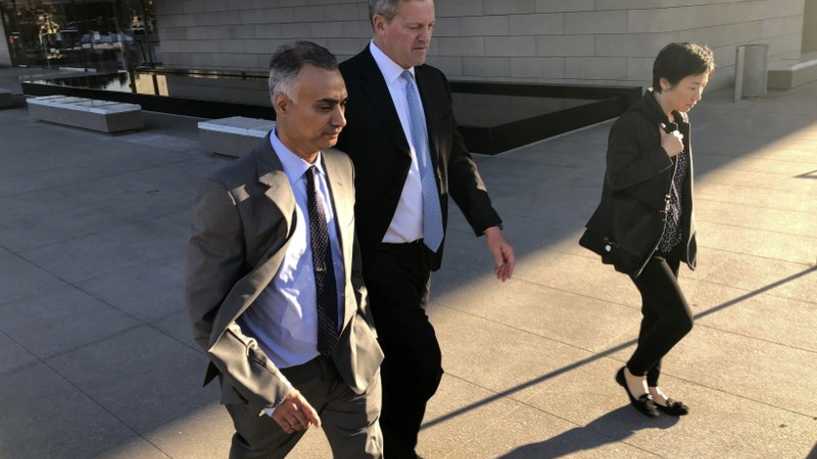 Shafaq News/ A Federal Judge in California on Thursday sentenced a venture capitalist who donated nearly $1 million to former President Donald Trump's inaugural committee to 12 years in prison for falsifying records to hide his work as a foreign agent while lobbying high-level U.S. officials.

Imaad Zuberi was also fined $1.75 million and ordered to pay $15.7 million in restitution.

Zuberi, 50, agreed to plead guilty in 2019 to tax evasion, filing false foreign agent registration records and providing almost $1 million in illegal campaign contributions to various presidential election campaigns and other candidates for elected office, according to the U.S. Attorney's Office for the Central District of California.

"The violations were part of a larger surreptitious effort to route foreign money into U.S. elections and to use it to corrupt U.S. policy-making processes," Federal prosecutors said in a court filing. They added "the court should reject Zuberi's characterization that illegal foreign interference and by funneling money to influence US policymaking and elections was the 'way America works."

​Prosecutors say Zuberi solicited foreign nationals and representatives of foreign governments, claiming he could use his influence in Washington to alter U.S. foreign policy and open up business opportunities for his clients.

Zuberi went to great lengths to pull off his scheme — hiring lobbyists, retaining public relations professionals and making campaign contributions — and in the process gained access to high-level U.S. officials, according to federal prosecutors.

​Illegal money was funneled from foreign entities over five years between 2012 and 2016, prosecutors said. Officials have not reveal the source of the $900,000 that Zuberi donated to the Trump inaugural committee in December 2016.

Zuberi not only solicited help from members of the House of Representatives, but members of the Senate Foreign Relations Committee and other powerful politicians as well, prosecutors said.

​In one instance, using money supplied by a person described in the court filing as "Person J," Zuberi paid a former high-ranking U.S. military official over $150,000 to travel twice to Bahrain, meet with Bahraini officials to demonstrate Person J’s influence in the United States, and participate in an April 29, 2013, publicity stunt in which Avenue Ventures supposedly acquired a 35 percent stake in Al Areen. The stunt consisted of an event in Los Angeles at which Person J and a representative of Avenue Ventures purportedly attended.

​In addition, to the other schemes, prosecutors say that Zuberi received a $1 million payment from indicted Ukrainian oligarch Dmytro Firtash in March of 2015.

“Mr. Zuberi flouted federal laws that restrict foreign influences upon our government and prohibit injecting foreign money into our political campaigns. He enriched himself by defrauding his clients and evading the payment of taxes,” said Tracy Wilkinson, acting U.S. attorney for the Central District of California. “Today’s sentence, which also accounts for Mr. Zuberi’s attempt to obstruct an investigation into his felonious conduct, underscores the importance of our ongoing efforts to maintain transparency in U.S. elections and policy-making processes.”