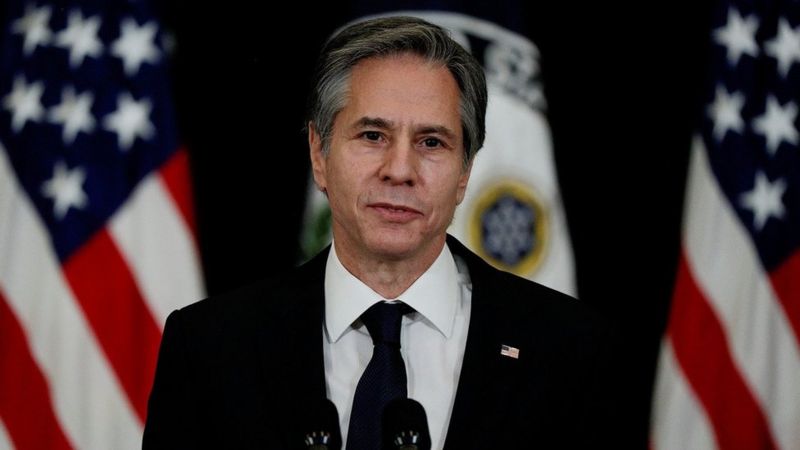 Shafaq News/ "America is back" and is fully engaged in helping resolve issues including the pandemic, climate change and Iran's nuclear ambitions, US Secretary of State Antony Blinken has told the BBC.

In his first international interview, Blinken signals a change of tack on Iran, saying the US and its European partners were "once again on the same page" on Iran.

"President Biden has been clear for some time: if Iran returns to its obligations under the nuclear agreement, the United States will do the same thing," he said.

And he said the US would then work with other countries to confront Iran on other issues, including its influence in the region and its ballistic missile program.

Asked by the BBC's Yalda Hakim how he would respond to accusations that the US had made concessions to Iran, he said the previous approach had failed.

"We have a policy in recent years of so-called 'maximum pressure' on Iran that has not produced results. In fact, the problem has gotten worse. Iran is now much closer to being able to produce, on short order, enough fissile material for a nuclear weapon."

Under Donald Trump, the US left the deal under which world powers eased crippling economic sanctions, in return for limits on sensitive activities to show it was not developing nuclear weapons.

Now the US is examining whether to rejoin the deal. President Biden said on Friday that the US must work with other major powers to rein in what he called Iran's "destabilizing" nuclear ambitions.

For its part, Iran says that despite an EU offer to broker talks with the US to revive the deal, the US "must act" first and lift sanctions.