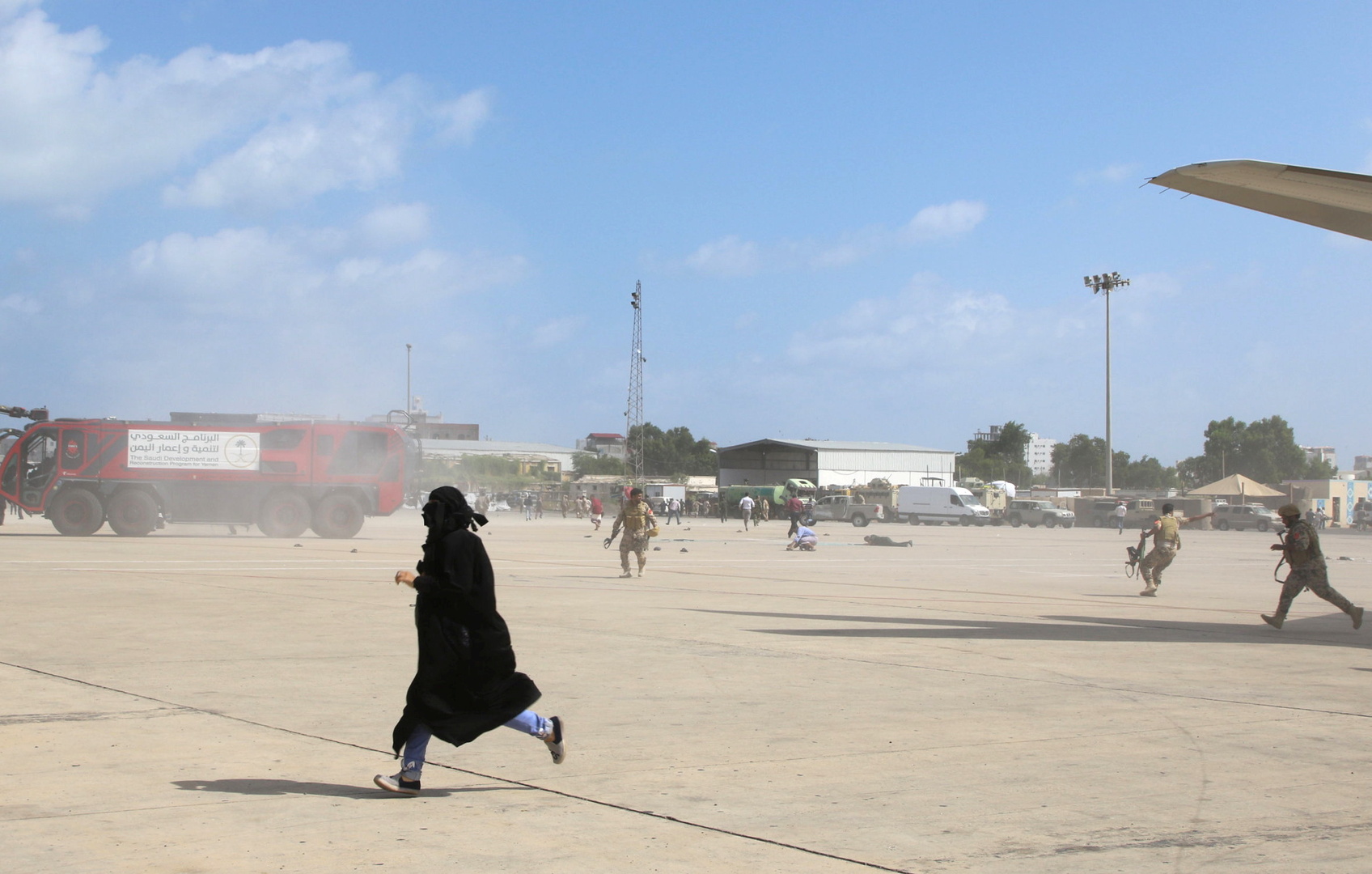 Security sources told Reuters news agency that at least five people have been killed and dozens more injured in the attack.

Yemen’s Information Minister Moammar Al-Eryani blamed the attack on the Iran-backed Houthi, adding that all the members of the government were safe.

“We assure our great people that members of the government are fine, and we assure you that the cowardly terrorist attack by the Iran-supported Houthi will not deter us from carrying out our patriotic duty,” he said on Twitter.

The Houthis denied responsibility for the attack.

The UN special envoy for Yemen, Martin Griffiths, condemned the explosion as an “unacceptable act of violence.” He said in a tweet that the attack was “a tragic reminder of the importance of bringing Yemen urgently back on the path towards peace.”

Yemen’s government was sworn in on December 18 by President Abd Rabbu Mansour Hadi, as part of a power-sharing deal brokered by Saudi Arabia in 2019.

Its formation is the result of a compromise between the UAE-backed separatists in the Southern Transitional Council and Saudi-backed loyalists of President Hadi.

It’s meant to end military clashes between those parties, so they can fight as allies against the Houthi rebel movement.

The new government was formed under the auspices of Riyadh, which leads a military coalition against the Houthis, who took control of the capital Sanaa in 2014.

Hadi has lived in the Saudi-capital Riyadh since Sanaa fell to the Houthis.

Yemen, the Arab world’s poorest country, has been engulfed in civil war since 2014, when Houthis overran the north and Sanaa. The following year, a Saudi-led military coalition intervened to wage war on the Houthis and restore Hadi’s government to power.

The war has killed more than 112,000, including thousands of civilians. The conflict also resulted in the world’s worst humanitarian crisis.