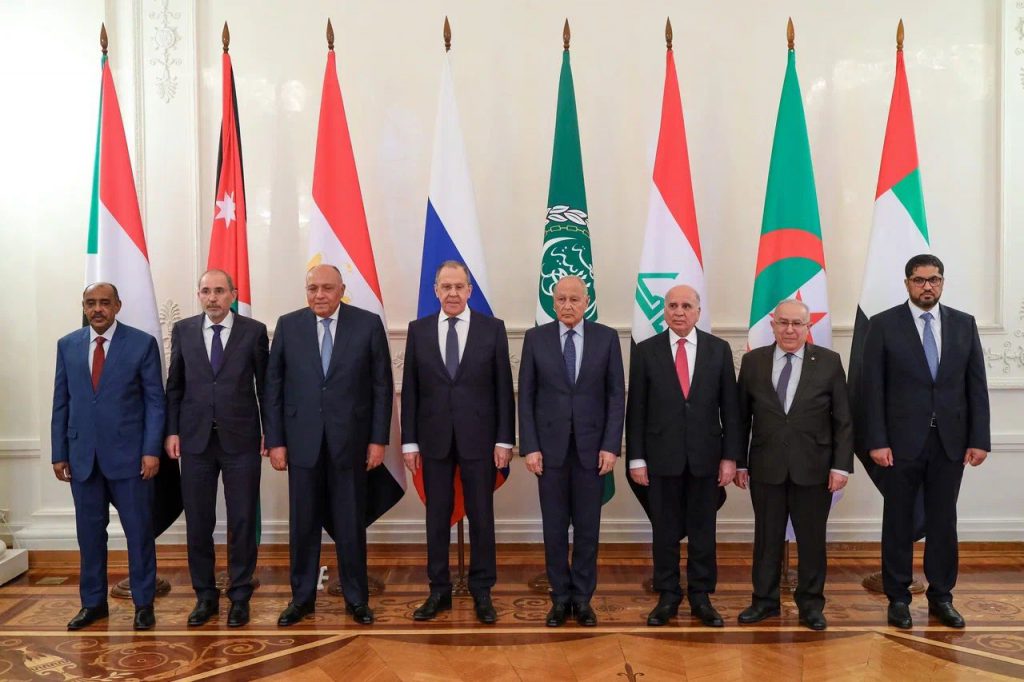 Shafaq News/ On Wednesday, the Arab Ministerial Contact Group held a meeting with Russian Foreign Minister Sergey Lavrov in Moscow as part of the Arab League's efforts to resolve the Ukrainian-Russian crisis.

According to a statement, both sides held in-depth talks on efforts "to cease fire and reach an agreement to resolve the crisis and restore peace and security."

the Arab delegation affirmed that its initiative aims "to establish security and peace, and based on the special relations of the Arab countries with Russia and Ukraine."

The Arab delegation expressed concern over the repercussions of the crisis, confirming its support for direct negotiations between the Russian and Ukrainian sides and its readiness to carry out mediation efforts to suspend the military operations "in preparation for a sustainable political solution based on international law, the Charter of the United Nations, the principles of good neighborhood and the sovereignty of States. "

Lavrov talked about the ongoing talks to achieve a Russian-Ukrainian agreement and presented the Russian position on the crisis. The statement said.

Meanwhile, the Arab delegation stressed the importance of "continuing coordination to maintain the security and safety of the Arab communities in the conflict zone, and facilitate the crossing to neighboring countries."

The war has had a devastating financial impact on some Arab nations, particularly Egypt, Sudan, Lebanon, and Tunisia, because of their heavy reliance on wheat imports from Russia and Ukraine.

Other regional countries, including Iraq, Syria, and Jordan, have also seen food import bills surging or have been affected by further commodity price rises.

CNN: without Ukraine, US and allies are holding talks to game out a ceasefire