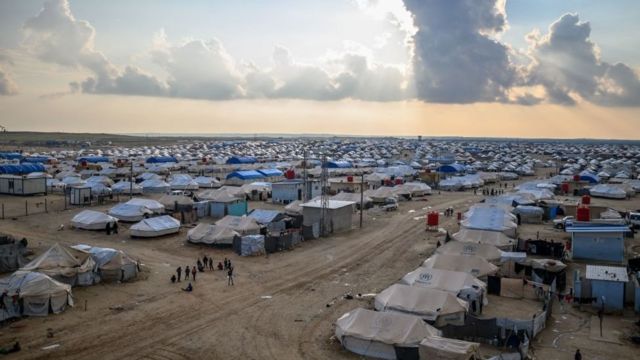 Shafaq News / The Internal Security Forces (Asayish) found, on Tuesday, the body of an Iraqi refugee in Al-Hol camp in the Kurdish-led Autonomous Administration.

This is the seventh killing case among Iraqi refugees since the beginning of this March.

He indicated that “ISIS cells could be behind the killings’ operations.”

Al-Hol camp is located in Al-Hasakah Province; it houses families of ISIS fighters under the protection of the Kurdish-led administration in Syria's northeast.