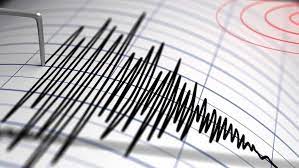 Shafaq News/ An earthquake measuring 4.9 on the Richter scale jolted the suburbs of Jayzan in the Province of Khuzestan, southwest Iran.

The Seismic Monitor of the Geophysical Institution affiliated with the Tehran University said that the tremor was felt at 6:08:45 (local time) on Sunday morning.

So far, no reports have emerged on the losses and the damages resulting from the tremor.