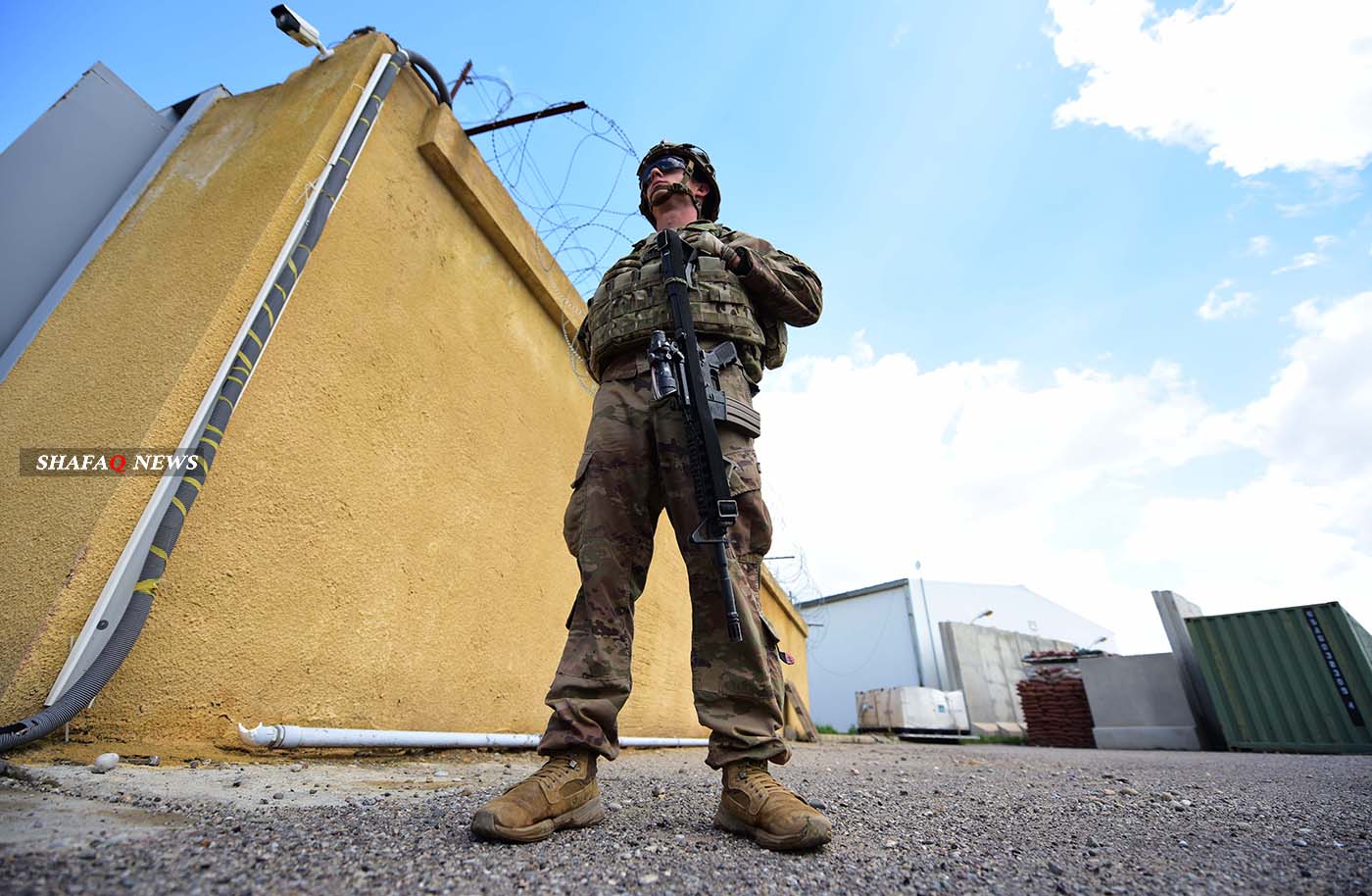 The United States has drawn up a list of 80 sites in Iraq linked to Iranian-backed groups that it plans to target if it follows through with a threat to close its embassy in Baghdad, Middle East Eye has learned.

The sites include secret headquarters and shelters used by Hadi al-Amiri and Qais Khazali, the respective leaders of the Badr Organisation and Asaib Ahl al-Haq (AAH), as well as sites associated with Kataeb Hezbollah (KH).

All three are Shia armed groups supported by Tehran which are also part of the Popular Mobilisation Forces under the nominal control of the Iraqi government.

Political leaders and armed group commanders told MEE that US Secretary of State Mike Pompeo shared hundreds of satellite images of the 80 sites with Iraqi President Barham Salih during a phone call on 20 September.

Pompeo also informed Salih of Washington’s plans to close its embassy unless the Iraqi government took action to stop attacks targeting the Green Zone, where the fortified building is located, and convoys delivering supplies to US and international forces elsewhere in Iraq.

“The Americans’ message was clear. If you don't react, we will,” a prominent Shia politician told MEE, speaking on condition of anonymity.

"Allowing this to happen means an open war in Baghdad, and America’s exit from Baghdad means that this war is imminent.”

MEE asked the State Department for comment but had not received a response at the time of publication.

The State Department did not publish a readout of Pompeo's call with Salih, as it often does when the Secretary of State speaks to foreign dignitaries.

Pompeo’s threat caused alarm in Baghdad where supporters of Mustafa al-Kadhimi’s government did not imagine that the Iraqi prime minister, who was warmly welcomed to the White House in August, would be abandoned so quickly by his leading international ally.

They fear that the closing of the US embassy could lead to consequences including the withdrawal of other diplomatic missions, economic and political collapse, and the unleashing of sectarian and ethnic divisions.

“All signs indicate that we are heading into a perfect storm. The Americans’ withdrawal means an economic collapse within two weeks, followed by a political collapse in two or three months, then a security breakdown and the fall of the government,” a senior Iraqi official familiar with the discussions told MEE, speaking on condition of anonymity.

According to the official, US officials are concerned about the possibility of an imminent attack on the embassy by an Iranian-linked group ahead of November’s US presidential election “to embarrass Trump”.

"They did not say that there was a plan or information confirming these concerns. The problem is that they require guarantees to secure the embassy [and] this is very difficult in light of the current circumstances,” he said.

The day after his phone call from Pompeo, Salih summoned Kadhimi, Mohammed al-Halbousi, the parliamentary speaker, and Faiq Zaidan, the president of the Supreme Judicial Council, to a meeting to discuss the government’s response.

A flurry of diplomatic activity followed, with Foreign Minister Fuad Hussein dispatched to Tehran on 26 September to request Iranian help in reining in the armed factions, political leaders and officials told MEE.

According to Ahmed al-Sahhaf, a spokesperson for the Iraqi foreign ministry, Hussein carried a “verbal message” from Kadhimi to Iranian President Hassan Rouhani "focused on the developments in the region and the expected possibilities and their implications".

But the head of a political Shia bloc familiar with the talks told MEE: “All that Kadhimi requested from Iran was a 40-day truce, no more.

“They said that they do not support any attacks targeting diplomatic missions and that the Iraqi government must take the necessary measures to prevent such attacks. But are they serious about reducing tension or not, that is the question?”

The Shia politician compared the current situation with upheaval a year ago when deadly force used by security forces and the militias against Iraqi protesters led to the resignation of Adel Abdul-Mahdi and paved the way for Kadhimi, a US-feted former intelligence chief, to become prime minister.

“This is the opportunity [the Iranians] have been waiting for for a long time,” he said.

“They see that last October was won by the United States by supporting the demonstrations and the overthrow of Abdul-Mahdi, and their October has now come."

Shia militia commanders have so far reacted with defiance, dismissing the threatened closure of the embassy as posturing, reiterating their operational independence from Iran and vowing to continue attacks on American forces.

Hussein’s visit to Tehran was followed by talks the next day in Baghdad between Mohammad Baqeri, commander of the Iranian general staff, and Juma Inad, the Iraqi defence minister, but Baqeri did not meet any of the leaders of the political or armed factions.

“We have not received any signals or messages from the Iranians regarding this matter,” a senior pro-Iran militia commander told MEE.

“The Iranians will not interfere in this, nor will they control all the armed factions. We would hear from them, but that doesn't mean we do everything they say.

"We do not target diplomatic missions, except for the Americans, because they carry out security and intelligence activities. As for the convoys, they are military forces that represent the occupation and all the armed factions participate in attacking it.”

The commander of another Iranian-backed armed faction also dismissed the threatened closure of the embassy as part of a “political game” being played by Washington and “its local allies including Salih and Kadhimi”.

“In our assessment, the crisis is fabricated and the aim is to place the greatest possible pressure on the anti-American forces to give [the Americans] more space in Iraq,” the commander told MEE.

"The talk about closing the US embassy in Iraq is a clear lie, and no politician with any experience can believe it.”

Betting on back channels

Tensions between the government and the Iranian-backed forces have been escalating since June when Kadhimi ordered the arrest of a group of Kataeb Hezbollah fighters accused of launching missile attacks into the Green Zone, where most government buildings and diplomatic missions are located.

The arrests provoked an angry response. At least 14 activists linked to Kadhimi have since been killed while others have been kidnapped, security sources told MEE.

At least 34 missile and IED attacks have targeted the Green Zone and military bases housing US and other foreign troops, while convoys have been attacked with IEDs and direct fire.

In response to US demands to put a stop to the attacks, Kadhimi issued orders to evacuate all armed forces from the Green Zone and re-assigned security to the 54th Special Forces Brigade, as was the case before Abdul-Mahdi took over as prime minister in 2018.

Kadhimi was most concerned about units linked to Abu Fadak al-Muhammadawi, a prominent leader of Kataeb Hezbollah and the chief of staff of the Popular Mobilisation Authority (which oversees the PMF).

Other orders closed all offices used by security agencies and government ministries at Baghdad International Airport, except for those of the intelligence and interior ministries.

As well as sending Hussein to Tehran, Kadhimi sent an envoy to Najaf to meet representatives of Iraqi Shia leader Grand Ayatollah Ali al-Sistani to warn of the repercussions of a sudden American withdrawal, politicians and officials told MEE.

“The bet now is on the back channels between [Shia seminaries in] Najaf and Qom,” a former minister close to Sistani told MEE.

"We know that Sistani can make a difference at critical times, and we know that his sense of the threat’s seriousness will push him to talk to the Iranians and ask them to intervene.”

Kadhimi also met leaders of the Shia armed factions and political groups in an effort to convey to them the seriousness of the situation.

"The political forces and the faction leaders are still in denial. They think that the Americans are not serious about leaving Iraq,” the head of one political bloc told MEE.

“Despite statements of condemnation published by some of them denouncing the targeting of diplomatic missions, their reactions are still below the required level.

“Iraqi Shiite forces have not yet gathered on a unified position. If they agree on one position, they will force the Iranians to change their position, and they will stop the Kurds and Sunnis from acting selfishly and continuing to inflame the situation and present themselves as the ideal alternative to the Shiites.”

Kadhimi, Salih, Hussein and other political leaders have also been lobbying representatives of other embassies and international leaders to ask for their help in persuading the US government to keep the embassy open, officials said.

“The European Union and a number of other embassies promised that they would stay and would not withdraw with the Americans, but we do not think they will stay for long,” a key advisor to Kadhimi told MEE.

“The withdrawal of diplomatic missions has a negative impact on the military cooperation and the aid received. The situation is dangerous and worrying.”

Those approached to convey Iraqi concerns to the US include French President Emmanuel Macron, UAE leader Sheikh Khalifa bin Zayed bin Sultan Al Nahyan, Jordan’s King Abdullah and a number of members of the US Congress.

A senior official close to Kadhimi told MEE that the government had long expected to find itself caught in the middle of a confrontation between Washington and Tehran but had been surprised by the ferocity of the reaction of the Shia armed groups to the Kataeb Hezbollah arrests and by the suddenness of the US threat to close the embassy.

Still, he said, the government hoped to push the issue back until after the US election.

"The prime minister led a diplomatic campaign through contacts with leaders of countries who could influence the US president, and he held many meetings with European ambassadors, and these efforts succeeded at least by delaying the implementation of the decision,” he said.

The Hill: Iran-linked drones are one more reason to end the war in Iraq

“Iraqis are getting fed up with Iran”, The Economist