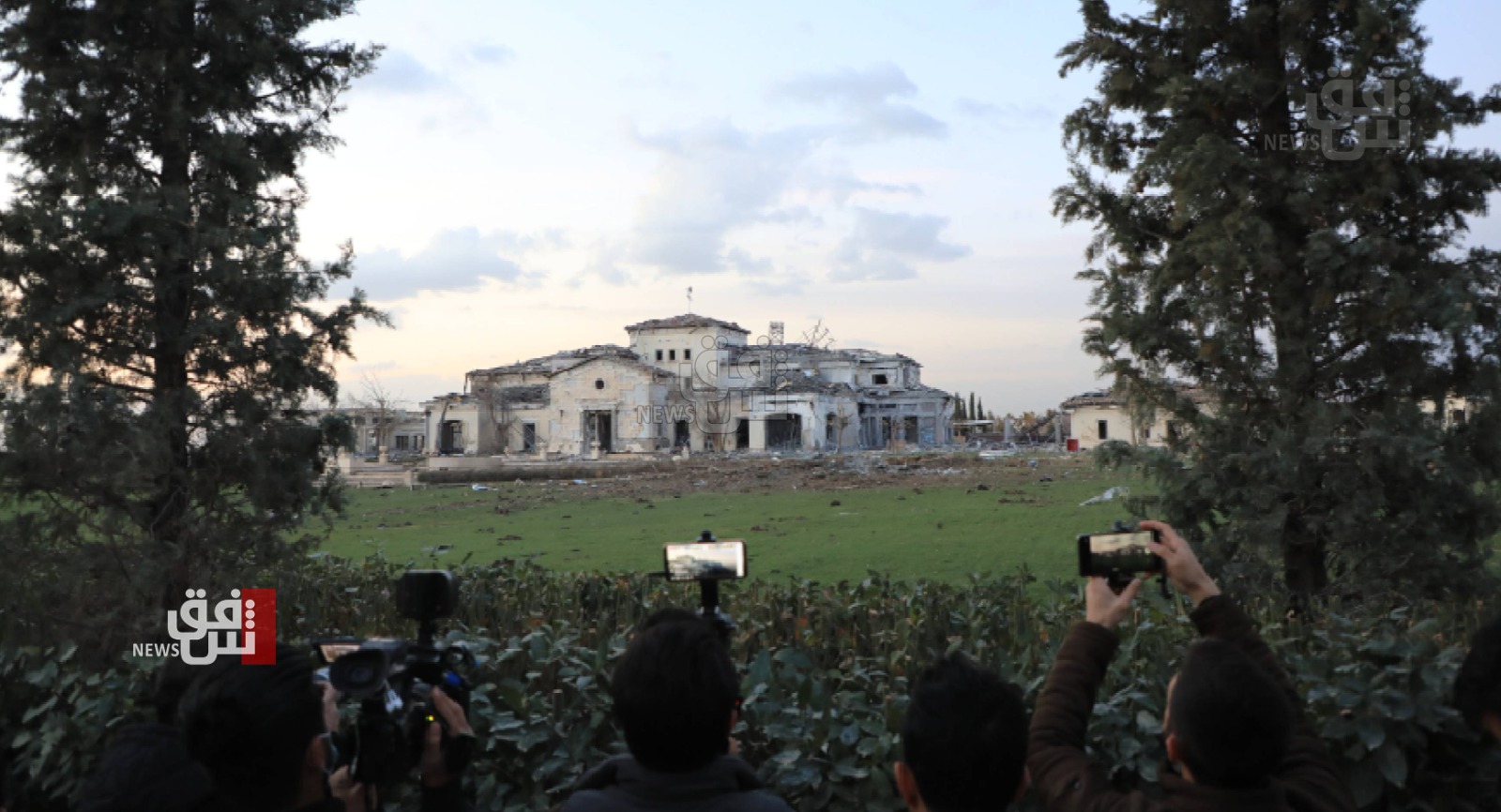 Shafaq News/ he United States and its allies face a dilemma and opportunity in Iraq. The October 2022 parliamentary elections produced a winner in Muqtada al-Sadr, the traditionally anti-Western cleric who leads Iraq’s most powerful socio-political movement and one of its most dominant armed groups. Sadr has long been at odds with the West. His militia, the Peace Brigades, fought U.S. and British troops during the occupation of Iraq, and his fighters have been complicit in wide-ranging atrocities.

But the cleric also has historic differences with the Iranian regime and is engulfed in ongoing violent rivalries with several militia groups that Tehran controls or is closely aligned with. Since his victory, Sadr has made a ferocious push to form a majority government that excludes Iranian-backed militias and their political sponsors, a bold and unprecedented move that has been met with significant pushback. These are strange times in Iraq. Sadr, who has a support base of some 2 to 3 million mostly destitute Iraqis, represents one side of a country that has long been shackled by militias and radical Shia Islamist groups. The other side of the country is represented by a burgeoning civil-society movement that yearns for good governance and reforms.

Sadr’s victory presents less than ideal circumstances. Yet his triumph — combined with the electoral decline of Iran-aligned militias, and the alliance Sadr has forged with moderate, U.S., and Western-aligned political actors like the Kurds in an attempt to form a majority government — suggests the U.S. has a historic opportunity to support and capitalize on a credible cross-sectarian alliance. Such a partnership could reduce the space in which extremist militia groups thrive, bridge the gap between Iraq and the Arab world, and in the long-term, restore the authority of the Iraqi state.

THE ENEMY OF MY ENEMY

Sadr is by no means a natural U.S. ally. His organization is complicit in a catalogue of brutalities, including sectarian violence against Arab Sunnis and the repression of activists. U.S estimates suggest the Shia militias who operated within — and later left — the once-heavily decentralized Sadrist movement were responsible for killing 600 American personnel. The most prominent of the commanders responsible for these deaths fell out with Sadr and formed their own factions after splintering from the movement with Iranian encouragement and backing.

Both the Sadrists and Iran-aligned militias operate under an ideological outlook that is underscored by Shia supremacism and combating Western imperialism. Both have opposed the presence of U.S. troops in Iraq. But there are crucial distinguishing features that separate Sadr from his rivals, and these matter for the trajectory of Iraq and its relationship with the West.

First, Sadr, and other powerful figures like Grand Ayatollah Ali al-Sistani, are actively seeking to re-assert the authority of the Iraqi state against a particular group of Iranian-backed militias who are complicit in ongoing attacks on U.S. and Iraqi forces and in rocket and drone attacks on civilian targets in the Kurdistan region. These militias continue to engage in widespread atrocities against Iraqi civilians.

Sadr sees it as imperative that such groups are excluded from the next government or contained. The future of the Sadrist movement depends on preventing Iran-aligned militias from extending their tentacles within the state as part of the Popular Mobilization Force (PMF), the umbrella militia organization that these groups control and that oversees a $2 billion budget. Iran’s proxies may have stumbled in the elections so far, but these are groups whose young leadership and cadres will politically mature. Sadr does not have an indefinite window of opportunity.

The cleric’s own militias have also yet to submit to state authority, and present long-term challenges. But the nature, scope, and scale of the daily attacks committed by Iran’s proxies makes their dominance a more immediate threat, and their containment an urgent priority beyond Iraq’s wider efforts to reform its security sector, a process that would be helped by the political containment of the PMF.

Second, Iran-aligned militias have struggled to make the transition from insurgents to viable social movements, not least because of their complicity in systemic human rights abuses and deference to Iran. Iranian-backed militias are the only political actors who use rocket and drone attacks to influence and pressure their rivals, and who deploy these measures as a negotiating tactic. By excluding the Iranian-backed PMF from the parameters of the Iraqi state, Sadr can remove the political cover the group relies on to carry out attacks with impunity. This will add to the woes of an organization that has already lost the support of the public.

The West has its own track record of working with its enemies in Iraq and elsewhere, including members of the Sunni insurgency who turned to the U.S. for support and were instrumental in defeating al-Qaida in Iraq as part of the U.S.-established Awakening Movement in 2007. The West does not have to partner with Sadr. But it should accommodate his pre-eminence as a political reality and find ways of empowering his alliance, which is the lesser of two evils.

It should not be taken lightly that Sadr has partnered with the Kurdistan Democratic Party (KDP), Kurdistan’s ruling party led by Masoud Barzani, the former president of Kurdistan who led the Kurds’ historic push for independence in 2017. Sadr’s alliance with Barzani will not have been entirely popular among his Shia support base, which has derided Kurdistan’s push for independence and has echoed Sadr’s past toxic ethno-sectarian discourse towards the Kurds. Similarly, Mohammed al-Halbousi, the newly elected speaker of the Iraqi parliament who, with Barzani, completes Sadr’s tri-partite alliance, has emerged as the champion of Arab Sunnis and is popular in the Arab Gulf and Turkey, both of which have come under derision within the wider Shia community.

In other words, Sadr has passed the litmus test. Western observers should look toward his actions — like aligning with the Kurds and Halbousi — when determining whether and how to accommodate his electoral ascension. If Sadr can form such an alliance with unconventional bedfellows, then so too can the U.S. accommodate a cross-sectarian, historic, and regionally backed alliance that includes some of the West’s most ardent allies.

HOW THE U.S. CAN HELP

Iran and the PMF are doing their utmost to derail the tri-partite alliance by launching missile and drone attacks on Erbil (the capital of Iraqi Kurdistan), assassinating rivals, and exploiting divisions amongst the Kurds to force through a coalition government in Baghdad that does its bidding. In an effort to economically pressure Kurdistan, Baghdad’s Federal Supreme Court, under pressure from Iran, recently decreed that Kurdish oil exports are illegal. However, the timing of the ruling and the fact that the court has no constitutional standing has rendered its ruling dubious and politically motivated.

The court’s ruling has also failed to deter regional actors from forming closer ties to Erbil and they continue to back Sadr’s alliance. This has been notably displayed by Kurdistan’s Prime Minister Masrour Barzani’s energy-focused visits to Turkey, the United Arab Emirates, and Qatar since the February ruling. Iran’s decision to attack Erbil with missiles is telling of the desperate straits in which Tehran finds itself in, but it also highlights the vulnerabilities of America’s allies. This should encourage Washington to work on maintaining the momentum generated by Barzani’s regional outreach, as well as Iraqi Prime Minister Mustafa Al-Kadhimi’s attempts to bring Iraq into the orbit of the Arab world.

The Kurdistan region, like Baghdad, must continue to reform its security sector so it can combat Iran’s proxies. But the U.S. must also stop being a bystander to Iran’s coercive tactics and find direct ways to ensure the Sadr-Barzani-Halbousi political roadmap comes to fruition. The alliance may succumb to demands for a government that includes Iran’s allies but it can still function as a buffer against these groups within the government and parliament.

However, Washington’s attempts to mobilize its allies in Iraq and the region will be made redundant if Iran is holding a gun to their heads. Tehran has been able to ensure political disputes, like Kurdish divisions over the Iraqi presidency, have a disproportionate impact on the Sadr-led alliance’s ability to push through Iraq’s post-election deadlock. Washington should consider proportionate retaliatory military responses to Tehran’s attacks on Erbil and consider supplying Kurdistan with comprehensive air-defense systems, a move that will be welcomed in the Arab world and could be premised on the vulnerabilities of U.S. personnel and strategic interests in Erbil.

There is now recognition across the region that both Sadr’s determination to exclude Iran and its proxies from Iraq’s next government, and the alliance itself, presents a unique opportunity to nullify their political reach in ways that were unimaginable in the past. Iraqis will have to undertake the heavy lifting. But there is an opening for the U.S. to empower an alliance that could be Baghdad’s least-worst option for managing the Iranian proxy threat and achieving some degree of stability in Iraq.

Baghdad-Erbil's talks: on the verge of collapse