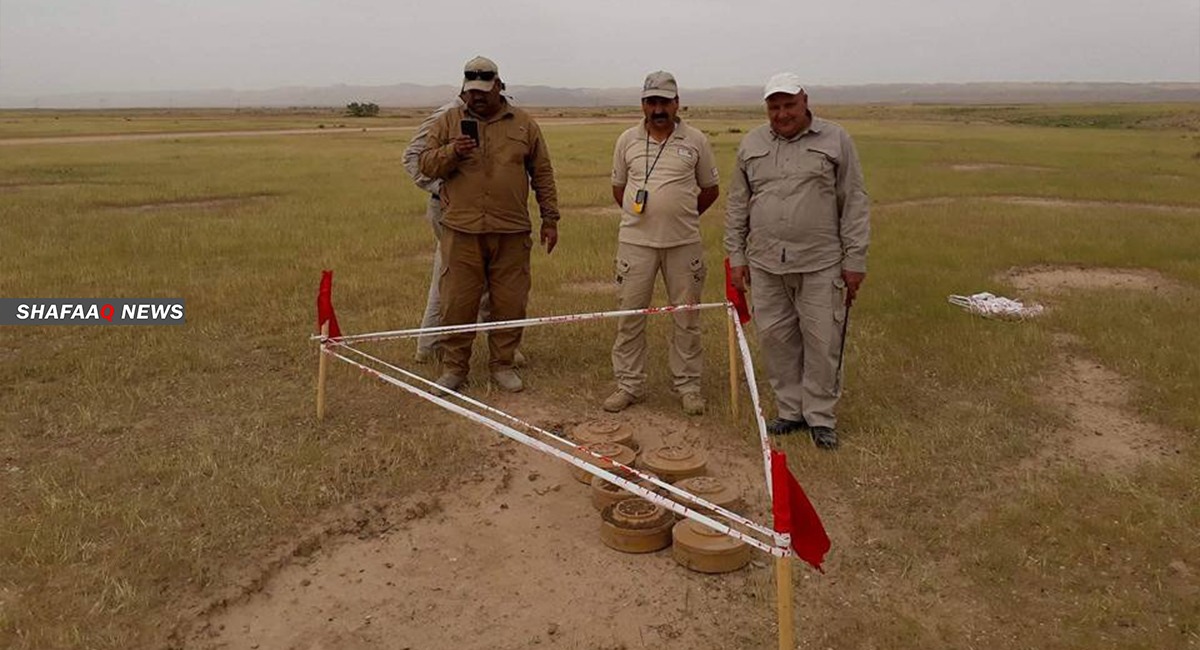 Shafaq News / Officials in several Iraq governorates warned of the war remnants that pose a serious threat on the residents of border areas in the Kurdistan Region, Diyala and Saladin.

The administrator of Sulayman Beg sub-district, east of Saladin, Taleb Mustafa, told Shafaq News agency the outskirts of Diyala and Kifri district still contain war remnants from the Iraqi-Iranian war, al-Qaeda's presence in these areas for years, and ISIS's invasion.

He added that the problem has caused dozens of victims, calling on the Iraqi government and international organizations to launch campaigns and locate the remnants to prevent any more incidents.

For his part, the spokesman for al-Hashd al-Shaabi (PMF) in the northern axis, Ali Hashem al-Husseini, said that the dangerous areas are located southeast of Tuz Khurmatu district, up to the borders of Sarha in Saladin, in addition to Diyala and Kifri's borders.

The spokesman for the Garmyan police department, Ali Jamal Qadouri, confirmed that Kifri district is completely safe and does not contain any war remnants, noting that no casualties were recorded in the district before.

War remnants and mines get drifted sometimes towards agricultural villages due to the rainfall, which threatens the residents' lives, according to Qadouri.

He pointed out that the MAG organization is still operating in the Kurdistan Region.

Many border Iraqi governorates with Iran still suffer from war remnants, and the problem has never been addressed due to government negligence.

In October 2021, Iraqi authorities announced that the country will be completely free of war remnants by 2028.