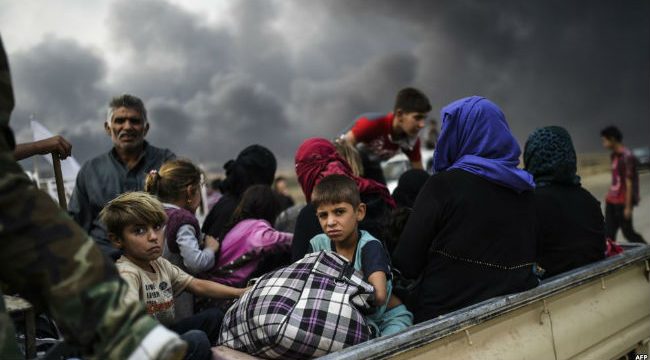 Shafaq News/ The High Committee for Relief and Support of Displaced People, on Thursday, tasked the Ministry of Defense with facilitating the displaced returning entry from Kurdistan to Nineveh governorate.. While the Ministry of Migration and Displaced was assigned with speeding up the return grant distribution to the displaced people, to turn the page on displacement in Iraq.

The Ministry of Migration and Displaced revealed a lack of financial allocations to deal with the situation of the displaced.

This took place at a meeting of the High Committee was held in the conference hall in the center of Erbil, in the presence of Planning Minister, Khalid Al-Najim, Minister of Interior of Kurdistan, Reber Ehmed, and the governors of Karbala, Nineveh, Erbil, Sulaymaniyah, and Dohuk. In addition,  OCHA mission chief Sheri Ritsema-Anderson, UNHCR director Toby Howard, and IOM director Siobhan Simojoki attended the meeting.

Minister of Migration and Displaced, Evan Faek Gabro stated to Shafaq News agency, “The ministry and the High Committee for Relief and Support of Displaced People are keen to provide the right and safe environment to ensure the return of all the displaced to their areas of residence. Despite the lack of financial allocations, as well as the fact that a part of the ministry's budget has been cut and transferred to the provinces -to support stability, the ministry is seeking and continuing to provide the best services and assistance to the displaced and returning families. The most vulnerable displaced people -with special needs and widows, will be covered by the ministry's residential units in the Maysan and Basra’s residential complexes".

Coronavirus (COVİD-19) and the displaced

The statement noted that the committee meeting discussed, "Ways to prevent and reduce the spread of the COVİD-19 pandemic, in cooperation with the concerned authorities to re-sterilize all displacement camps in the country periodically -especially the camps belonging to Kurdistan; As well as to provide medical masks for displaced families to prevent the spread of the pandemic”.

The meeting resulted in several decisions, including commissioning Karbala province to settle the amount of advance sought by the High Commission -and providing detailed statements on the exchange for the construction of a school in the province.. Also the addition of representatives of the ministries of Labour and Social Affairs, and Youth and Sports, as well as a representative of Kurdistan to the membership of the High Committee.

A recommendation was made to the Council of Ministers to modify the tasks of the committee to include support, assistance, and follow-up of those returning from displacement, and to modify the name of the committee to “The High Committee for Relief and Support of Displaced Persons and Returnees”..Also to allocate the next meeting of the High Committee to discuss the requests of displaced people in Kurdistan -to facilitate the task of returning to their original areas and making appropriate decisions regarding the matter, in addition to adopting the report submitted by the Governor of Nineveh".

In conclusion, the meeting issued the following resolutions: The Ministry of Defense was tasked with facilitating the entry of the displaced people returning from Kurdistan to Nineveh province, The Ministry of Migration and Displaced to speed up the distribution of the return grant to the displaced -and to commission international agencies and organizations to build and renovate homes for returnees in Nineveh province, as well as to host the Deputy Commander of Operations, the Governor of Nineveh, and the Joint Operations Command to discuss the requests of Nineveh province accurately -regarding the villages and areas for displaced people to facilitate their return. 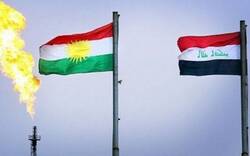 Foreign Policy: America’s Iraqi Embassy Is a Monstrosity out of Time

Doubts and accusations.. The Election law sows discord in Iraq