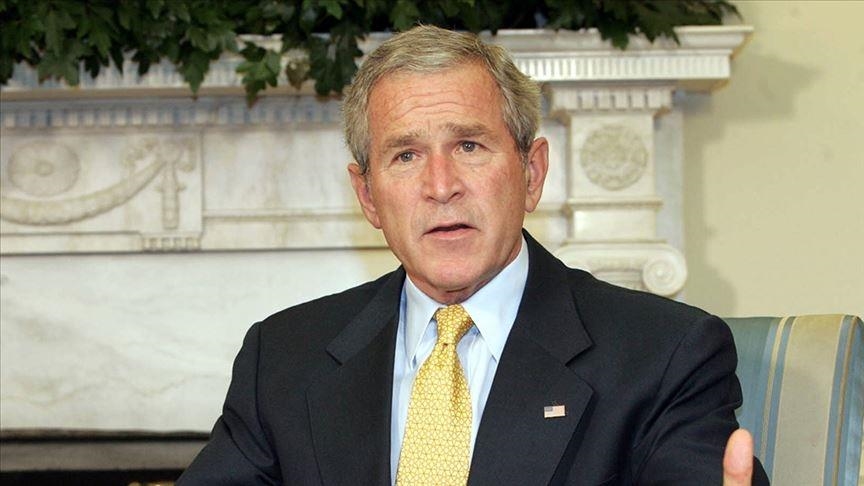 Shafaq News/ Just before an airplane takes off, there’s a brief moment when it pauses at the starting line of the runway. The engines are then powered up fully, and the aircraft accelerates and takes flight. In handwritten guidelines found in the baggage of the 9/11 hijackers, they were encouraged by the al Qaeda leadership to view this interval “as the moment of the encounter between the two camps.” Just as al Qaeda had hoped, the U.S. government saw these criminals the same way they saw themselves: as soldiers at war.

The George W. Bush administration answered the terrorist attacks with predominantly military tools. It quickly fell into unwinnable wars in Afghanistan and Iraq and down a legal and moral black hole at Guantánamo Bay. This strategic misadventure seemed to signal the dissolution of the “American century.” If the 9/11 attacks were the product of a long-simmering crisis within Islam, so too the U.S. response provoked a crisis in global authority that continues to shape our world. The rise of the liberal world order—in which stability is tethered to benign U.S. hegemony and values such as democracy and human rights, as well as continuity emerging from multilateral institutions—no longer appears inexorable. Power has become more widely dispersed, and the global society that developed with the United States as its arbiter appears under threat.

The 9/11 attacks, which cost al Qaeda between $400,000 and $500,000 to execute, were the explosive outgrowth of a crisis of authority within Islam that had been swirling for 200 years. From 1800 onward, the Islamic religious establishment was overwhelmed by seismic changes, not least Western colonial penetration of the Muslim world. Traditional religious leaders could offer few solutions; the main outcome of their marginalization was the gradual democratization of Islamic authority, powered by the printing press and mass education.

As the scholar Francis Robinson has shown, the proliferation of religious booklets and translations beginning in the 19th century helped to relocate religious authority away from trained scholars and toward individuals. In this chaotic environment, it was lay activists—lawyers, engineers, journalists, and schoolteachers—who would write the seminal works of 20th century Islamism and, in the process, urge individual Muslims to decide Islamic questions for themselves.

Thus, when Osama bin Laden burst angrily onto the scene in the 1990s, what was as shocking as the things he was saying was the fact he was saying them. A former student of economics at King Abdul Aziz University in Jeddah, he declared a jihad of self-defense on behalf of the global community of Muslims and called on them to fulfill an individual duty to fight in its name.

But just as bin Laden benefited from this erosion of Islamic authority, he could not claim a monopoly over jihadi interpretation. The Islamic State was one creature of this interpretive anarchy. It grew to rival al Qaeda and to advance a number of controversial doctrines including ruthless sectarian warfare and the resurrection of the caliphate.

The Islamic State had emerged in Iraq as a consequence of the U.S. invasion in 2003, as the turmoil of societal breakdown and insurgency opened space for its apocalyptic ideas and its nascent leadership was gathered together in U.S.-run detention facilities such as Camp Bucca. In fact, with the Iraq War, the crises of authority within Islam and the West after 9/11 converged and became interlocked in a shared fate.

The U.S.-led invasion of Iraq seemed to belie the post-Cold War promise, made only a decade previously by George H.W. Bush, that the rule of law would supplant the rule of the jungle. Through his administration’s responses to 9/11, the younger Bush spurned important aspects of the international order that the United States had sought to fashion in its own image and in accordance with its interests. The knee-jerk resort to military intervention, the sidelining of the United Nations, and the abuse of prisoners across multiple jurisdictions dealt a heavy blow to the normative consensus that was institutionalized after World War II.

This crisis in global leadership, which cast a shadow over America’s intentions and called into question its capabilities, had cascading consequences for the international order.

Immediately, illiberal governments began to recast their political opponents as “terrorists”—for example in Uzbekistan, Egypt, Russia, and Mauritania—earning partnerships with the United States in the so-called war on terror and creating new acceptance within the international system for autocratic regimes.

In the medium term, the quagmires in Iraq and Afghanistan meant the U.S. government could not respond in a more muscular way on behalf of grassroots democracy activists during the 2011 Arab Spring. When the counterrevolution in Syria shocked the global conscience, there could be no credible threat of U.S. intervention to depose the Bashar al-Assad regime, as the military option would clearly only expand the chaos the coalition was contending with next door in Iraq. Into the breach stepped Russia, which rescued the Syrian government from collapse and established a beachhead in the Mediterranean, heralding the return to a multipolar world.

In the longer run, the threat from right-wing terrorism within liberal democracies was likely energized by military veterans of the long wars in Iraq and Afghanistan. Some of the most visible stormers of the U.S. Capitol on Jan. 6 had participated in America’s post-9/11 wars. Even small numbers of former military bring specialist training, culture, and resilience strategies to right-wing anti-government groups and help to animate narratives focused on government betrayal, unappreciated sacrifice, and abandonment in the face of demographic change.

In the years since the 9/11 attacks, advocates of the U.S.-led liberal order have lost confidence, and Washington’s authority has continued to wane. This reality is felt acutely in parts of the Arab world where a youthful population has no clear pathway to a better quality of life. The instability resulting from America’s counterterrorism campaigns meant that the region never found breathing space to confront the crisis of authority within Islam that led to 9/11, and jihadism is an increasingly dominant mode of opposition. Meanwhile, existing secular political authorities remain stubbornly unreformed, despite the Arab Spring, with corruption and repression widespread.

In extricating itself from Iraq, but especially from Afghanistan, the United States may signal that it is ultimately unwilling to defend its values overseas—and that those encouraged to live by them risk abandonment. This summer’s sudden U.S. troop withdrawal from Afghanistan surrendered one of the only tangible gains of the post-9/11 wars: deposing the barbarous Taliban regime in 2001 and supporting an order in which human and gender rights were once again recognized.

The rapid withdrawal from Afghanistan, planned to coincide with the 20th anniversary of the 9/11 attacks, seemed to contain within it many of the weaknesses of the so-called war on terror: a misreading of the strategic environment, in the Biden administration’s assumption that the Taliban would not reconsolidate control over the entire country; an unnecessary policy choice resulting in large-scale suffering, given that the roughly 2,500 U.S. troops that maintained the balance within Afghanistan and conferred vital intelligence and air power support to the Afghan National Army were not a significant or costly deployment; and a decision-making psychology that seemed to place much less emphasis on safeguarding Arab and Afghan lives than Western lives, undermining trust in U.S. security guarantees.

This was represented optically when U.S. and NATO forces scrambled during the collapse of Kabul to prioritize the rescue of their own citizens and some allies—and otherwise pull up the drawbridge, leaving many Afghans who assisted Western troops and dutifully applied for U.S. visas to fend for themselves.

Twenty years on, the group that perpetrated the 9/11 attacks, al Qaeda, finds itself with the remarkable opportunity to relive its golden years through sanctuary and freedom of movement in Taliban-controlled Afghanistan—alongside such militant cousins as the Haqqani network and the Islamic State. Washington will have to manage this complex threat from a much less advantageous position than when it had a ground presence, and with considerably weakened global standing.

As this new chapter unfolds, and shared global challenges multiply, the crisis of authority surrounding the 9/11 attacks will be felt more keenly than ever.

After Afghanistan Collapse, Iraqis Fear They Could Be Next