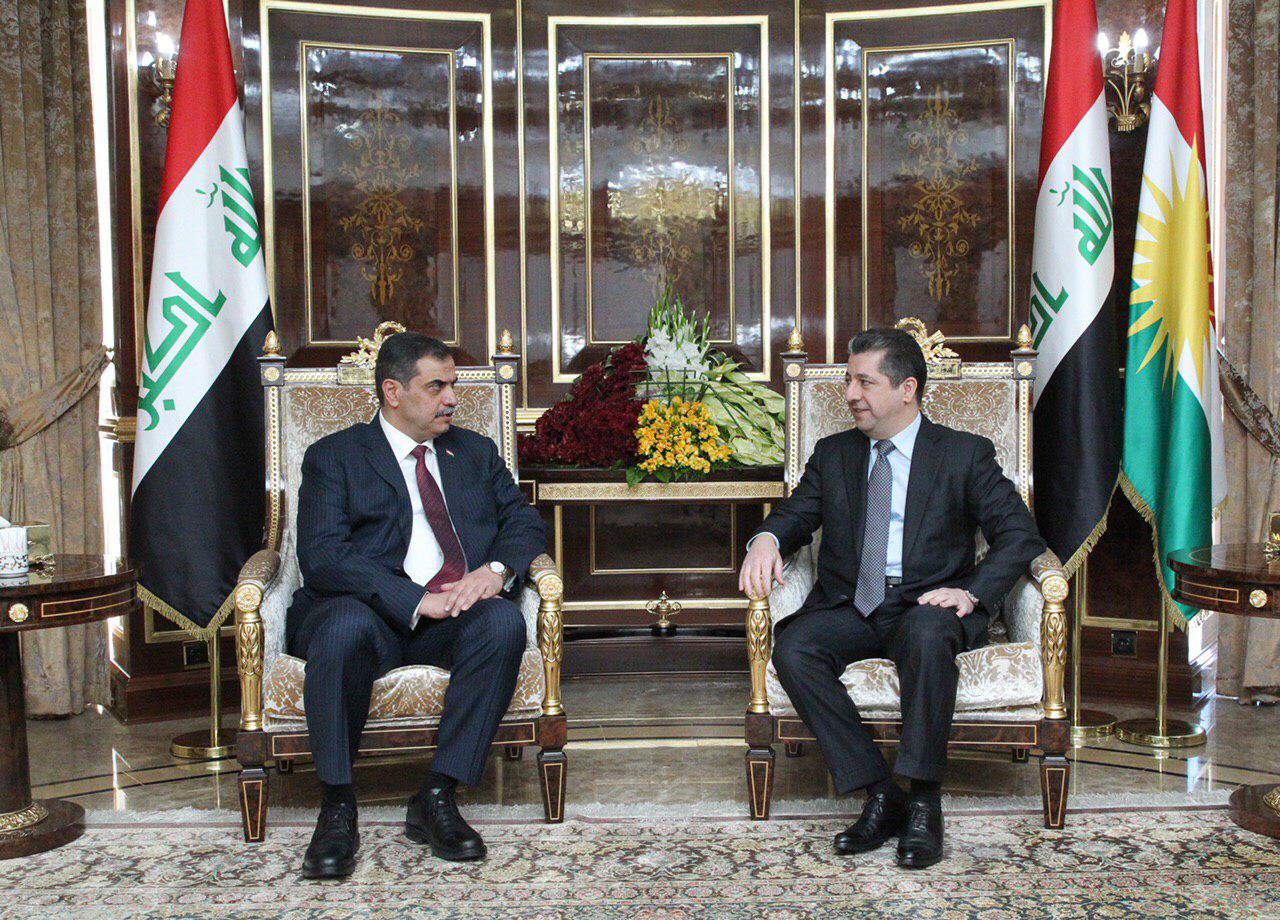 Shafaq News / The Prime Minister of Kurdistan Regional Government, Masrour Barzani discussed in Erbil on Saturday, with the Iraqi Minister of Defense Najah Al-Shammari, the latest developments in Iraq.

The importance of coordination and cooperation between the Iraqi army and Peshmerga forces was emphasized, especially in the Kurdish areas outside the administration of the region, according to a statement of the region's government.

The Prime Minister indicated that ISIS terrorists are now posing a serious threat to the residents of these areas, "There must be increased coordination and cooperation between the Iraqi army and Peshmerga forces to jointly deter ISIS threats in these areas."

For his part, the Iraqi Minister of Defense praised Peshmerga forces and their heroic role in defeating ISIS as part of the Iraqi defense system. He also expressed his ministry's readiness to enhance joint coordination in the field of combating terrorism.