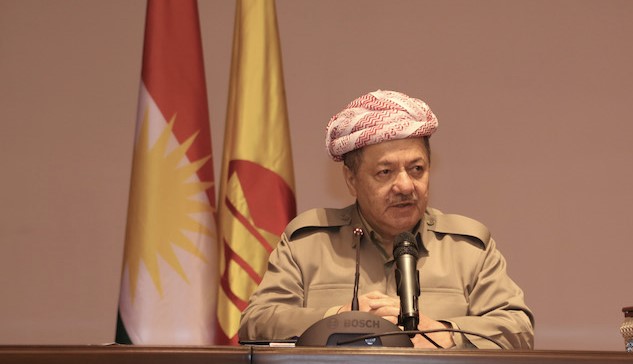 Shafaq News / The Kurdish national leader, the Head of Kurdistan Democratic Party, Masoud Barzani expressed on Wednesday his deep regret over the death of two Peshmerga forces by the attack launched by ISIS last night in “Koljo" area in Garmiyan in Kurdistan Region.

"I offer my condolences to the families of the martyrs last night in Koljo and we ask God to inspire everyone with patience and tolerance," Barzani said in a statement issued on this occasion.

He added, "Such attacks are clear evidence that ISIS has rearranged its ranks while continuing to threaten the security and lives of citizens."

Barzani added by saying that "it is necessary that the issue of eliminating terrorism be among the main priorities of Kurdistan Region, the Iraqi government and the international coalition."