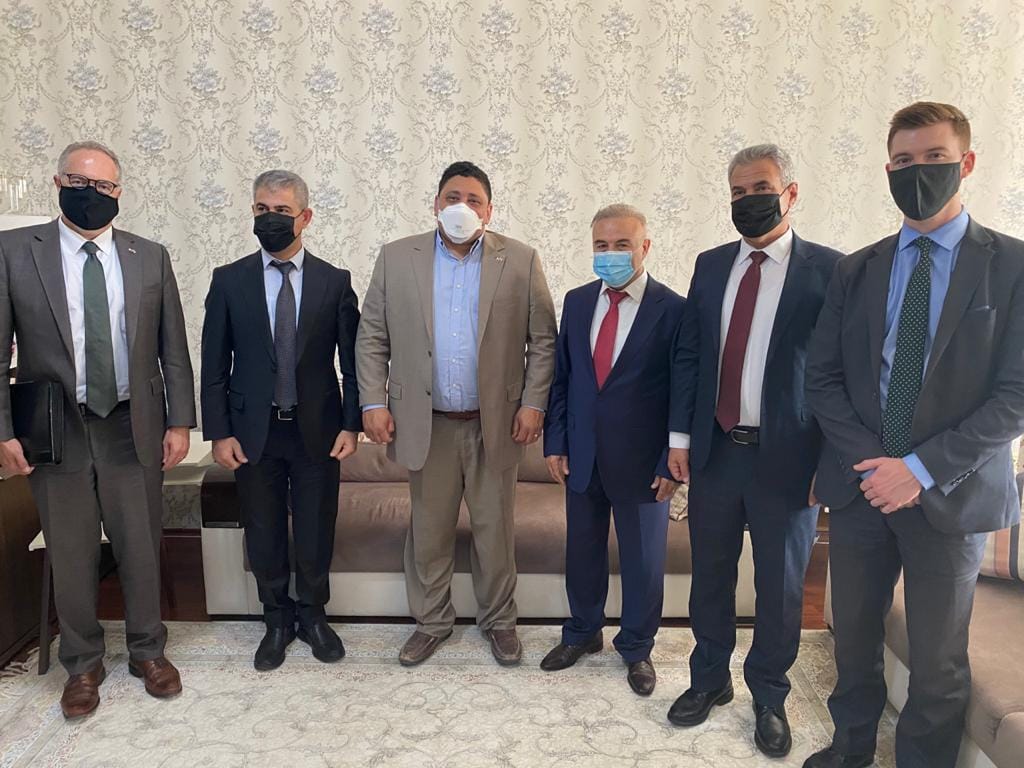 Shafaq News / The Deputy Envoy of the US President David Rubenstein called on Monday the two Kurdish parties in Northeastern Syria to reach a final agreement that represent a real partnership in administrating eastern Euphrates.

The two sides discussed the latest developments regarding the Syrian crisis, the political process in Geneva, the American vision for a solution in Syria, which is based on Security Council Resolution 2245, as well as the administration of the areas controlled by SDF in northeastern Syria.

on the administration of the eastern Euphrates region, the American side emphasized the need for balanced representation and real partnership that include all components and political forces of the region.

The U.S. delegation also stressed that "the agreement between the Kurdish National Council and the national unity parties must be comprehensive in aspects of administration, economy, security and military forces."

For its part, the council’s delegation assured that the balance of administrating the Kurdish areas in Syria will take place by restoring the political life, the stability, the return of the displaced and Peshmerga Roj, and rejecting the demographic change.

The council’s delegation also called on the US delegation to support legitimate Kurdish rights in international forums and in the political process in Geneva.

Berro stated that "for our part, we declared to the U.S. envoy that the continuing violations of the Democratic Union Party against members and supporters of the Kurdish National Council in Kurdistan Syria are rejected."

"We said to the American envoy that the PYD administration bears responsibility for the Turkish attack on Afrin and the displacement of its population, and this is what the Kurdish National Council rejects," Berro added.

He noted that "the current policies of the Democratic Union Party led to consider all Syrians as enemies of the Kurdish people, and this is a dangerous matter."

The Kurdish leader stressed the need “to open channels of dialogue” among the Kurds and also with neighboring countries such as Turkey and the Kurdistan Region, as “we do not have the power to engage in any military confrontation with Turkey on Syrian territory.”

On elections, Berro said, "The Americans said any elections in northeastern Syria should be democratic, and run in a secure situation that guarantees the return of the displaced, and their effective and real participation in the elections.”