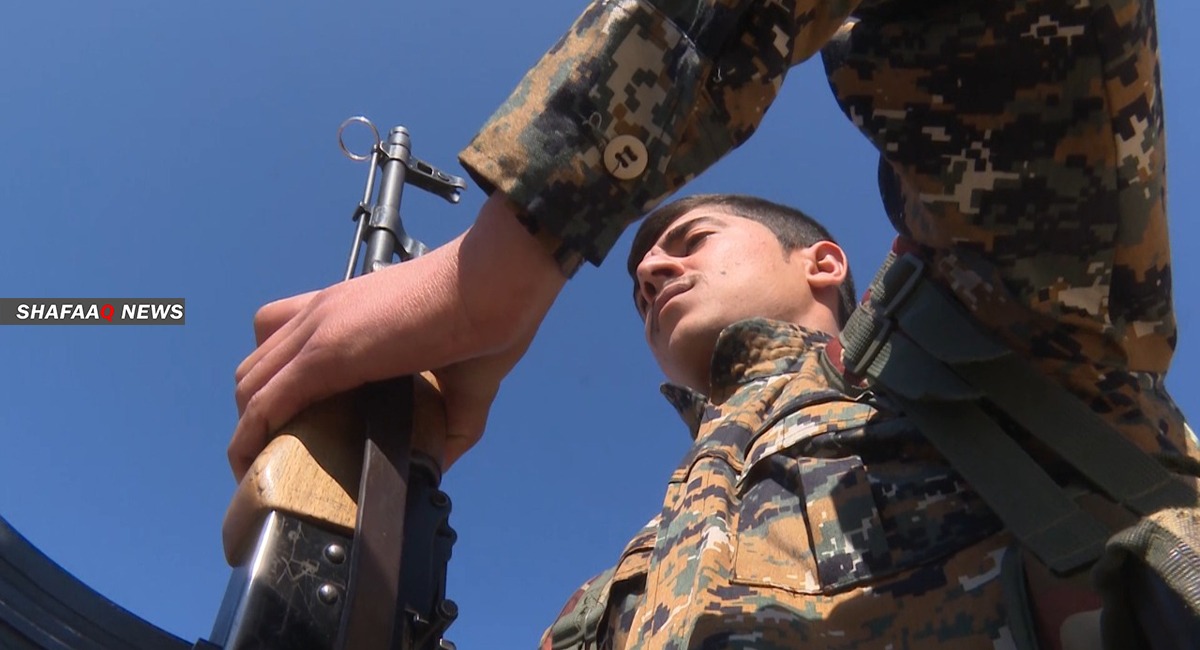 Shafaq News/US Al-Monitor site considered Turkey’s aggressive cross-border operations in northern Iraq against the Kurdistan Workers Party (PKK) are not letting up, again putting the Kurdistan Regional Government (KRG) in the difficult position of having to manage its relationships with Baghdad and Ankara as well as decreasing number of the Iraqi Kurdish population, which retains sympathy for the PKK.

The site stated, "On Sept. 18, a PKK rocket attack on a military base in northern Iraq killed two Turkish troops and wounded another.

Although Turkey sees the presence of its military bases in northern Iraq as legitimate based on previous agreements between Baghdad and Ankara, Baghdad has complained about and condemned Turkish operations in northern Iraq."

The PKK is considered a terrorist organization by the United States, the European Union and Turkey.

Peshmerga Gen. Sirwan Barzani, whose Sector Six area of command in Makhmur, Gwer and one side of the Qarachogh Mountains is still prone to ISIS attacks, told Al-Monitor in an interview in Erbil on Sept. 6 that the PKK’s presence in border areas continues to be a problem for the local communities and urged the Iraqi central government to act.

This is inside the borders," he stressed. "It is not the responsibility of the KRG. Unfortunately, they don’t do anything. Maybe they don’t have enough forces. We don’t know the reason Baghdad has not found a way to expel the PKK and any other foreign presence in those mountains."

The Qandil Mountains in northern Iraq have become practically synonymous with the PKK and have long been used as a training ground and foreign hideout for fighters of the outlawed, mostly Turkish group.

The site emphasized, "A new wave of airstrikes and other operations against PKK targets inside northern Iraq launched in mid-June by the Turkish government was the largest since 2015. It targeted numerous objectives, including many in Mount Sinjar to the west and the Qandil Mountains to the east."

A Turkish strike in August killed Iraqi officials who had reportedly been meeting with members of the PKK, sparking an outcry.

Barzani noted that "the problem" of attacks and instability in that area "is not new," stressing that "more than 4,500 villages of Kurdish majority were destroyed during Saddam Hussein's rule, but now more than 300 or 400 villages have not yet been rebuilt because of the problem between the PKK and Turkey on the border.

He said that the Iraqi federal government had "opened some police positions on the border" in recent weeks. "This is good, at least to give a message to Turkey that we are here," but "nothing else" was done, he said, adding, "This will not solve the problem."

According to the site, Barzani stressed, "We hope they will solve the problem inside Turkey; it has nothing to do with the KRG or Iraq," adding, "Relations between the KRG and Turkey are good and, as you know, the only corridor to Europe is Turkey for us."

Investment in and the economy of the Kurdistan Region of Iraq is in large part dependent on the stability of the area and an open route to and from the country on its northern border.

The Kurdistan Democratic Party, with which Erbil and the Barzani family are closely associated, tends to be closer to Turkey and more against the PKK. Its largest rival party in the Kurdistan Region, the Patriotic Union of Kurdistan, strong especially in the southern part near Sulaimaniyah, is closer to the PKK, and some in that part of the region support it.

Al-Monitor added that, On the issue of Mount Sinjar and the town of Sinjar, known for its Yazidi population, Barzani said, "They do not allow many people to go back. There are too many forces there. There is the Iraqi army. PKK troops are there. There is Hashd al-Shaabi. This is also part of Iraq’s duty. They have to solve this problem. Kurdish people are living there, but it is part of the disputed territories. It is not under the KRG. So it is very bad for all those poor people. All the Yazidi people; you know what happened with them. And still now, today, 80% of them are still in the camps and cannot go back because of this mess of fighters and militias, unfortunately. So this should be a priority of the Iraqi government, to solve this problem."

Barzani, who said that in his sector alone there had been over 100 IS operatives killed in the past three months by the international coalition and Peshmerga operations in the Qarachogh Mountains, lashed out at what he called the massive presence of diverse armed groups in the Sinjar area.

“It’s not fair,” he said. "We don’t have any more IS there. We do not have any terrorist group or Islamic State there. But because of these militias, these people cannot go back."

Relations between northeastern Syria, which is under a Kurdish-led administration, and the KRG are good. "But there are some issues like not allowing the Rojava Peshmerga to go back," Barzani said.

The Rojava Peshmerga — Syrian Kurds trained by the KRG in previous years — "are still here," Barzani added. "We hope they will come to an agreement so that they and many other Syrian refugees now in the KRG can go back to Syria. But the parties are still negotiating."

He estimated the number of Peshmerga forces from northeastern Syria still stuck in the KRG due to the refusal of the Syrian Democratic Forces in northeastern Syria to allow them back to their home area to be “between 4,000 and 5,000 Rojava Peshmerga who were on the front line fighting against IS like any Peshmerga.”

As to whether the Syrian Democratic Forces and its leading component, the People's Protection Units, can be considered part of the PKK, as is often claimed by Turkey, Barzani said, “They are of course very close to the PKK, but I cannot say that they are actually PKK. But they have a very close relationship with them, and many PKK fighters were there and were killed there during IS times.”

During the war against ISIS, he noted, fighters from the outlawed Turkish PKK were able to enter northeastern Syria freely and were welcomed there.

“I do not know whether this is still the case,” he said. “I do know that the Rojava Peshmerga, the people who are from there but trained here, are still not allowed to go back."

Barzani said that he strongly supports Iraqi Prime Minister Mustafa al-Kadhimi’s pledge to bring all weapons under state control, noting that this is “one of the most important things for the safety of the people, the stability of Iraq and the future of Iraq. Without this, he said, the situation “is like now: No one can invest in Iraq, and people get attacked.”

PKK changes their style in clothes and fighting

Nine Turkish soldiers were killed in clashes with PKK

“Heroes” for protecting the people and borders of Kurdistan