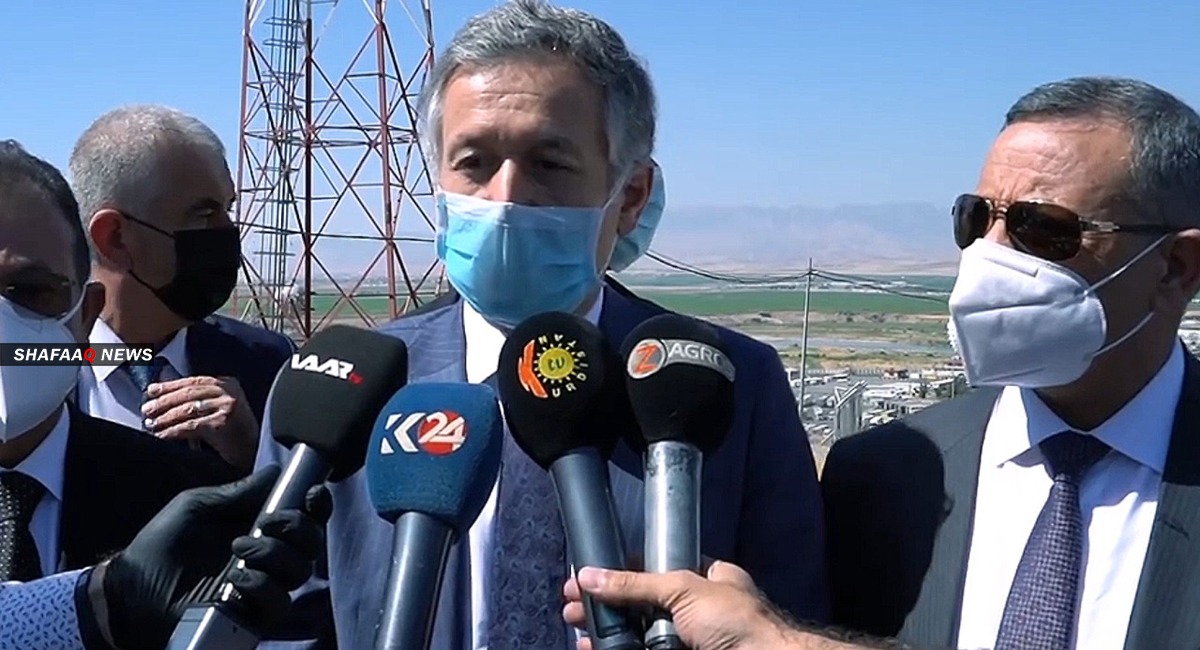 Shafaq News / The Turkish Consul General in Erbil, Hakan Karacay, announced on Saturday that entry visa to his country will be granted for Kurdistan region's residents within 24 hours.

"Citizens can visit our centers and obtain Turkish visas within one day", Karacay told reporters during his visit today to Ibrahim Al-Khalil border crossing.

The Turkish Consul General checked the laboratories that are conducting COVID-19 tests at the border crossing, expressing Turkey's support for everyone who would develop the border crossing in this regard, noting that Turkish commercial trucks will cross today to Kurdistan region from Ibrahim Khalil crossing.

Earlier today, the head of the local government in Duhok, Ali Tatar, announced that it is permitted to travel to Turkey through Ibrahim al-Khalil border crossing for those who hold the chambers of commerce identity card, patients, and students.

In a statement, Tatar said, "today we have four laboratories that are conducting COVID-19 tests", adding that the commercial movement started smoothly without any problems, indicating that citizens can now travel to Turkey through Ibrahim Al-Khalil border crossing for specific cases such as trade, study, treatment, and those who hold residencies from other countries or foreign nationalities.

It is noteworthy that during the demonstrations, 60 were injured, 56 of whom were security forces.

Turkey attacks two villages in Bativa for more than an hour