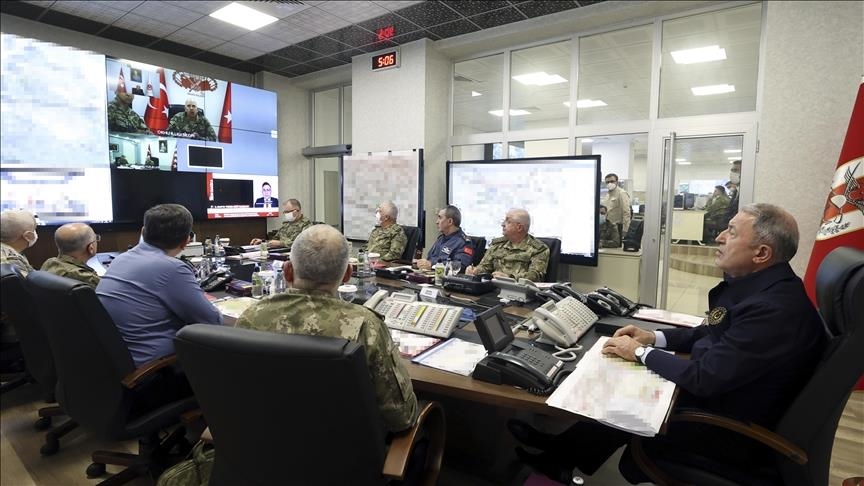 Turkish jets and artillery struck suspected targets of the Kurdistan Workers’ Party, or PKK, and commando troops, supported by helicopters and drones, then crossed into the region by land or were airlifted by helicopters, Defense Minister Hulusi Akar said in a video posted on the ministry’s website.

At least 19 militants were killed while four Turkish troops were wounded during the offensive, the ministry said. There was no immediate comment from the Kurdish militant group on the incursion and the defense ministry statement couldn't be verified independently.

Turkey has conducted numerous cross-border aerial and ground operations against the PKK over the past decades. The latest offensive, named Operation Claw Lock, was centered in northern Iraq’s Metina, Zap and Avashin-Basyan regions.

There was no information on the number of troops and jets involved in the latest incursion.

“At this point we have reached, all planned targets have been captured,” he said.

The Defense Ministry said the new offensive was launched after it was determined that the militants were regrouping and preparing for a “large-scale attack.”

The offensive was carried out in coordination with Turkey’s “friends and allies,” the ministry added, but didn't elaborate. Last week, Turkish President Recep Tayyip Erdogan met with Masrour Barzani, the prime minister of Iraq’s autonomous Kurdistan Region, which controls the areas that were attacked.

The Turkish minister said the incursion was targeting “terrorists” and that “maximum sensitivity” was being shown to avoid damage to civilians and cultural and religious structures.