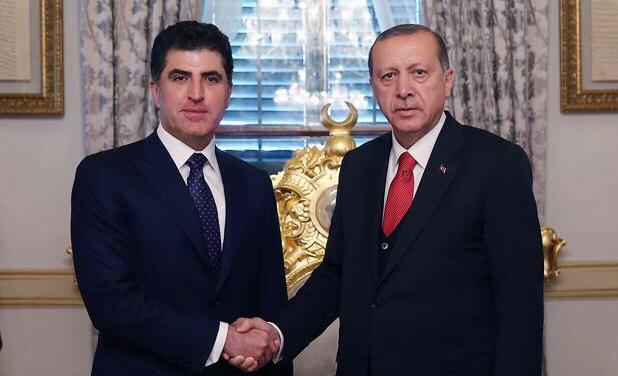 A statement of the region's presidency, received by Shafaq News agency, stated that both sides expressed their desire to develop relations between Kurdistan Region and Turkey; This includes, according to the statement, expanding and raising the level of trade exchange and economic cooperation, as well as supporting the Turkish employment and investments in Kurdistan Region.

The statement added that the meeting touched upon the battle against COVID-19 pandemic and its repercussions, as the Turkish President affirmed that his country is ready to provide all kinds of aid, including healthcare and medical supplies to the Region.

The two sides discussed the developments regarding dialogues between Kurdistan Regional Government and the Iraqi federal government, the latest steps to address and solve the differences and outstanding issues, as well as the general situation in Iraq and the region and the efforts to eliminate the dangers of ISIS, according to the statement.