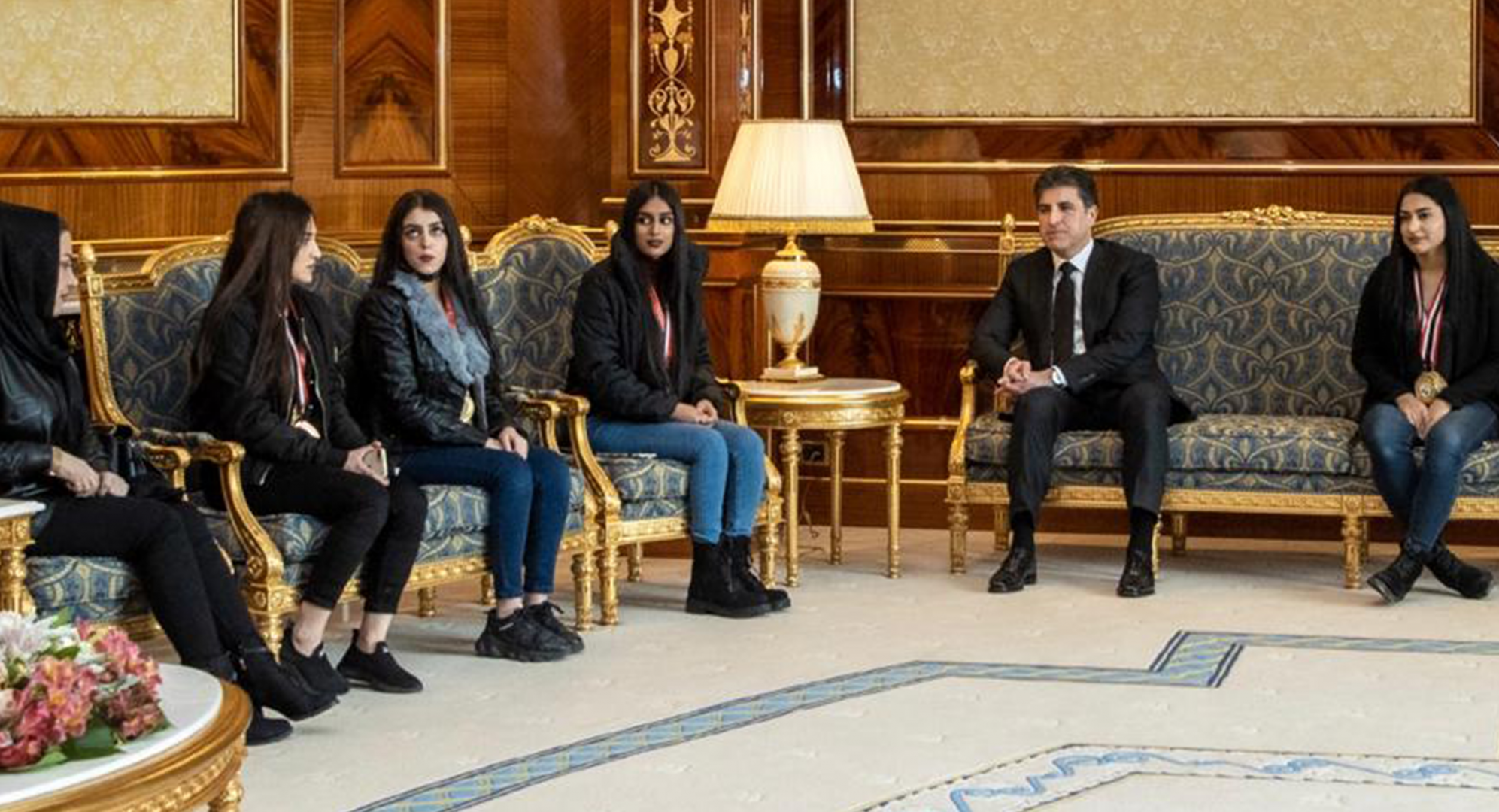 All the medalists are from the Kurdistan Region, representing the Iraqi team in the tournament which was held December 26-31 in Erbil last year, taking home several gold, silver and bronze medals.

The President lauded the medalists and said that their achievements had made their families and him proud and happy. The President also expressed his full support for the contestants and wished them continued success.

The medalists expressed their appreciation and delight over the meeting with the President, and said that they were motived further by the President’s great encouragement and support.