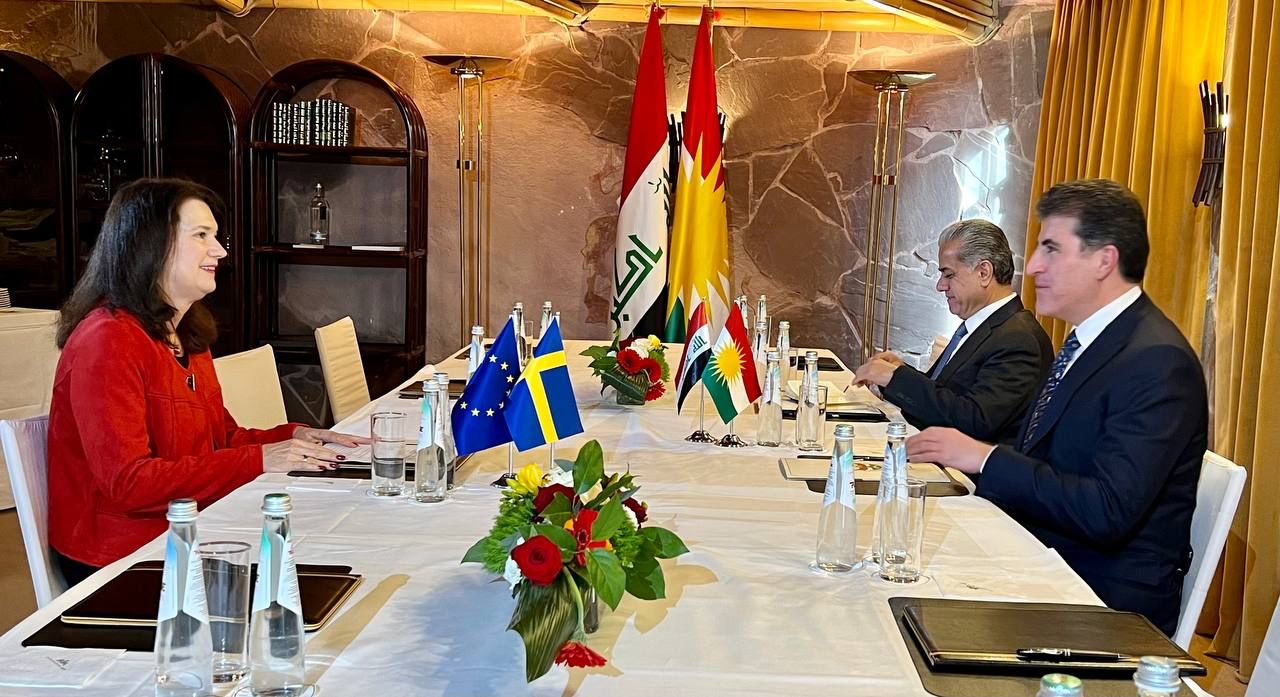 Shafaq News/ On Friday, Kurdistan Region President Nechirvan Barzani arrived in Germany to participate in the annual Munich Security Conference, from February 18 to 20.

On the sidelines of the conference, the Kurdish President held meetings with many world leaders and high-level officials.

According to a statement by the Presidency, Barzani met on Saturday with the Swedish Foreign Minister, Anna Lindh.

“Foreign Minister Lindh said that she and other ministers of her country plan to revisit the Kurdistan Region in the future, emphasizing that Sweden is committed to remaining within the international coalition to defeat ISIS since the terror network still poses a threat to peace and stability, which is why it is important that efforts to eliminate ISIS continue.” The statement said.

President Nechirvan Barzani praised Sweden’s positions, aid, and support to the Kurdistan Region and agreed that the final elimination of ISIS needs cooperation, pointing to the coordination between the Peshmerga and the Iraqi army to confront ISIS.

The meeting also discussed developments in Ukraine and their impact on Europe, efforts to form the new Iraqi government, the decision of the Federal Supreme Court on oil and gas law in the Kurdistan Region, the situation in Syria, and other issues of common interests.