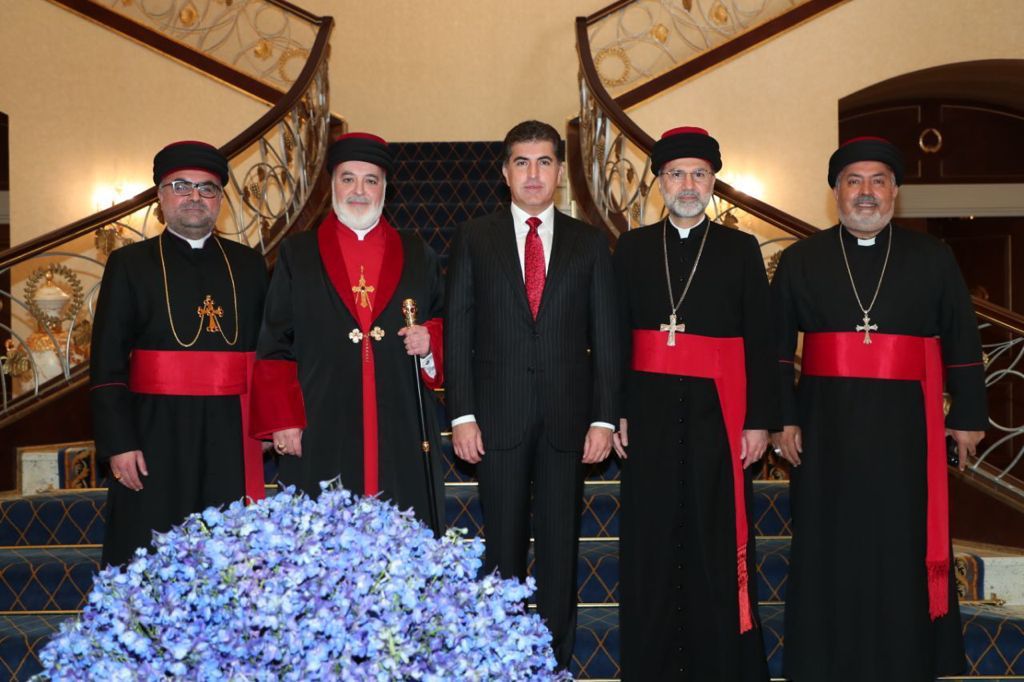 "The President valued the role of His Holiness, the Church, the churchmen and the clergies of all faiths in consolidating coexistence, tolerance and peace. The President referred to the seat of the Patriarch of the Assyrian Church in Erbil and described it as significant, meaningful and a sign of trust," a statement of the Presidency said.

For his part, Mar Awa III expressed his delight and appreciation to President Barzani for attending the consecration ceremony of the Patriarch, commended the role and efforts of the President in supporting the communities, and preserving coexistence and tolerance in the Kurdistan Region. Both sides emphasized on moderation and the importance of stability.