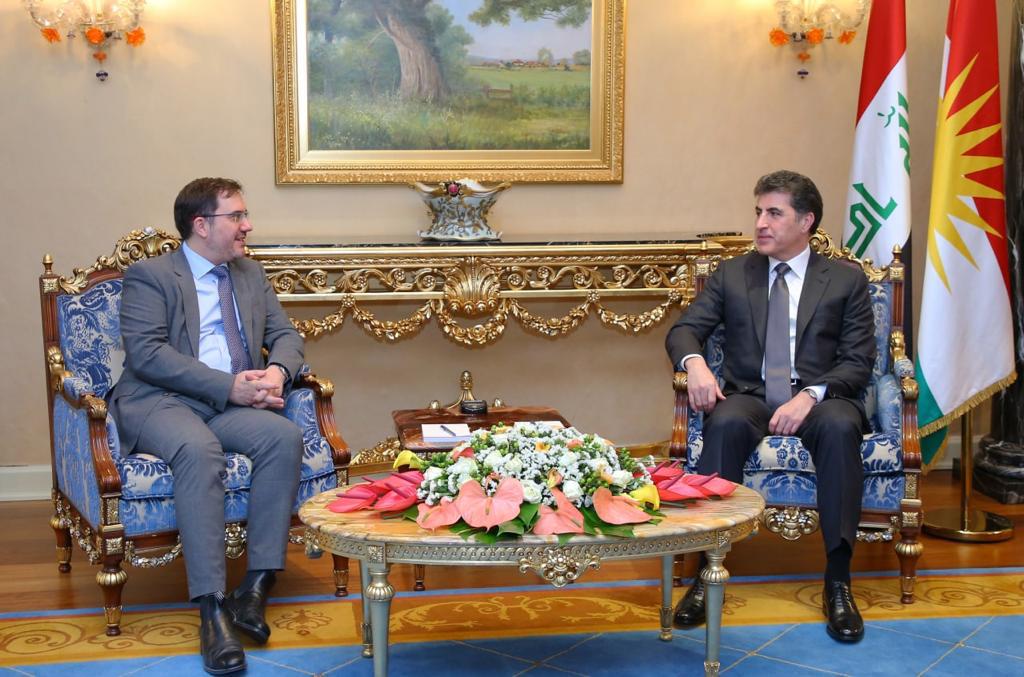 A statement by Barzani's office said that the two sides discussed ways to straighten ties between Erbil and London, the latest political developments in Iraq and the Kurdistan Region, the war against terrorism, and climate change.

The statement indicated that the two sides expressed concern over the situation in Sinjar and the displacement of its residents, laying emphasis on the importance of joint work between the Federal and the Regional governments.