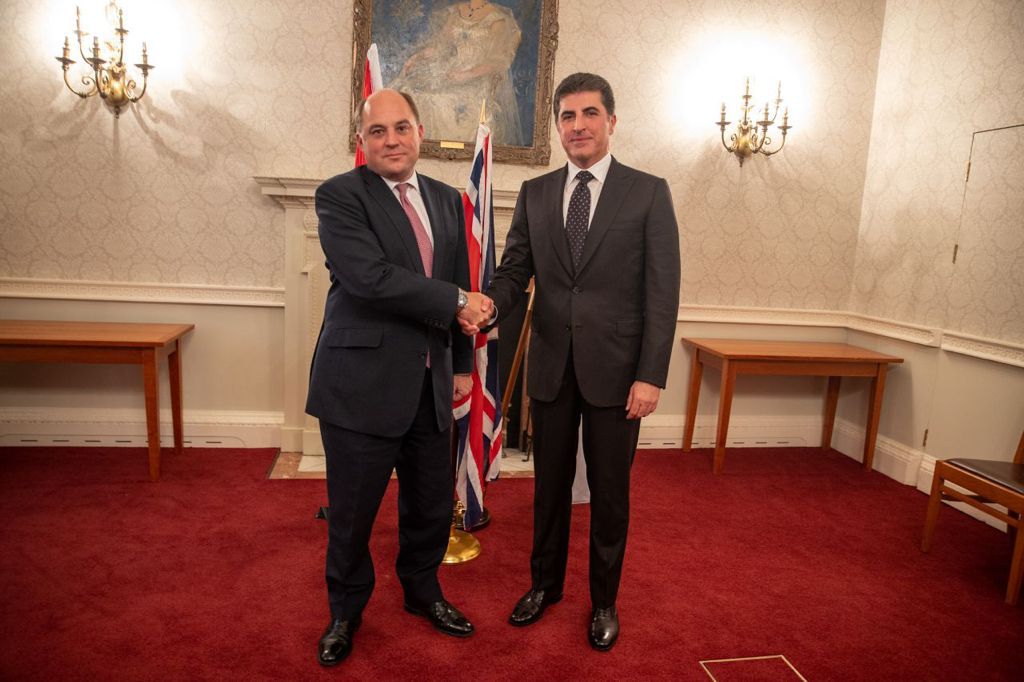 The meeting discussed the latest developments in the war on terrorism in Iraq and fears of the re-emergence of ISIS, while both sides agreed that the terrorist organization is still posing a real threat to the security and stability of Iraq, the region, and the world as well.

The meeting agreed on Iraq and the region's need for the international community's support in confronting terrorism.

The British Minister of Defense stressed his country's participation within the framework of the Global Coalition to eliminate ISIS, and commended the Peshmerga's pivotal role in defeating ISIS.

For his part, President Nechirvan Barzani expressed appreciation for Britain's assistance and the British military's support for Iraq and the region.

The two parties emphasized the importance of cooperation and coordination between the Peshmerga and the Iraqi army, supported by the Global Coalition to confront terrorism and proceed with the reform process.