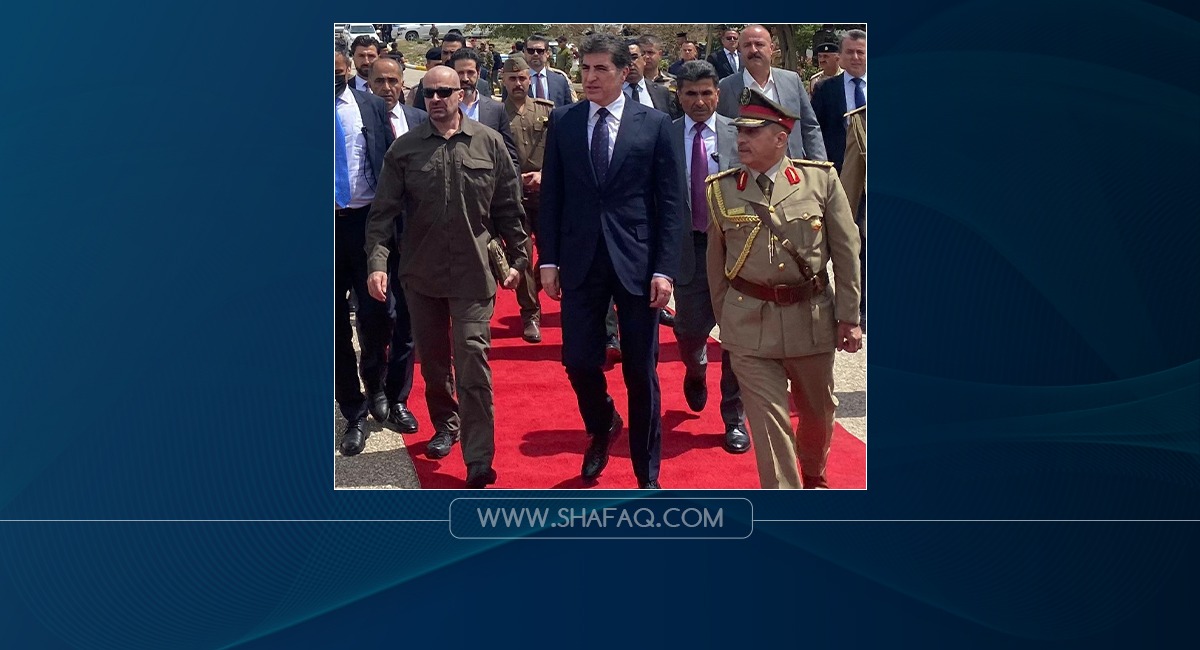 Shafaq News/ The President of the Kurdistan region, Nechirvan Barzani, has arrived in al-Sulaymaniyah on Sunday morning.

Upon his arrival, President Barzani headed, along with the leader of the Patriotic Union of Kurdistan (PUK) Bafel Talabani, headed toward the third Military School-Qallacholan to attend the commissioning ceremony of the 16th class of graduated cadets.

Shafaq News Agency correspondent reported that the agenda of the ceremony includes a keynote speech by President Barzani, representatives of the Iraqi presidency, Iraqi ministry of defense, and Kurdistan's ministry of Peshmerga affairs.

On the sidelines of the ceremony, the president will hold a series of meetings with the head of the Patriotic Union of Kurdistan (PUK) Bafel Talabani, the Secretary-General of Kurdistan's Islamic Union Salah al-Din Bahaa al-Din, the Coordinator of the Change "Gorran" movement Omar Sayyid Ali, and the head of the Kurdistan Justice Party Ali Bapir.

President Barzani discuss with Gallagher enhancing the culture of coexistence