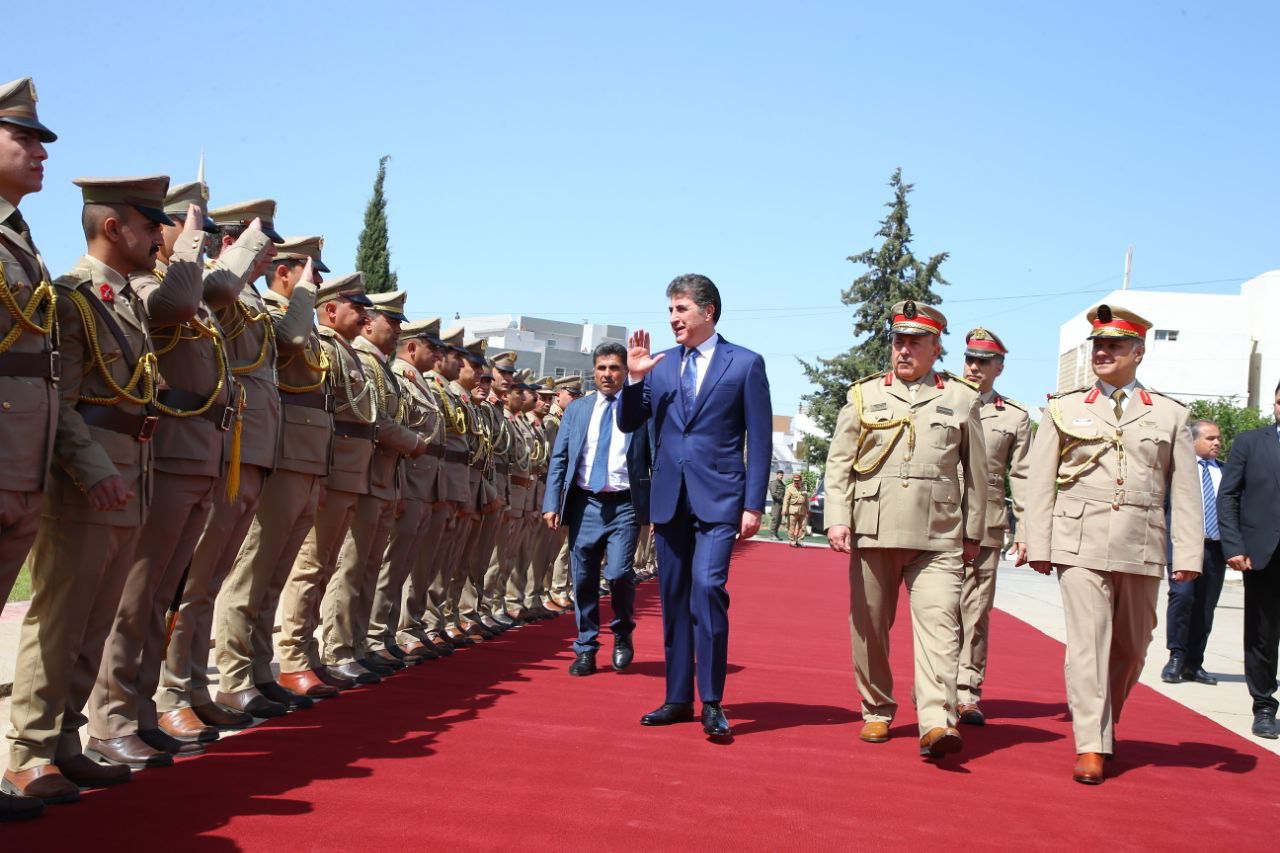 Shafaq News/ On Thursday, the President of Kurdistan Region, Nechirvan Barzani, called the Iraqi Ministry of Defense to expedite forming the two joint brigades of the army and the Peshmerga forces in the disputed areas to protect the area from ISIS dangers.

Speaking at the Military College in Zakho, Barzani said, "The Peshmerga forces are part of the Iraqi defense system. They were a main force in confronting the (terrorist) organization."

"ISIS is not finished yet; it launches attacks in the disputed areas, leaving martyrs from the Peshmerga forces, the Popular Mobilization Forces, and the Iraqi army…ISIS still poses a danger to Kurdistan, Iraq, and the whole world, and its attacks have recently increased." He added.

Barzani called on the Iraqi Ministry of Defense to expedite the formation of the two joint brigades between the Peshmerga forces and the army to confront ISIS in the disputed areas, stressing the need to provide more support for the Peshmerga because their support from the federal government and the Global Coalition is "critical at present more than before."

The Kurdish President renewed his call to the political parties in the Kurdistan Region not to interfere in the affairs of the Peshmerga forces.

President Barzani: 1991 Uprising was a getaway to autonomy