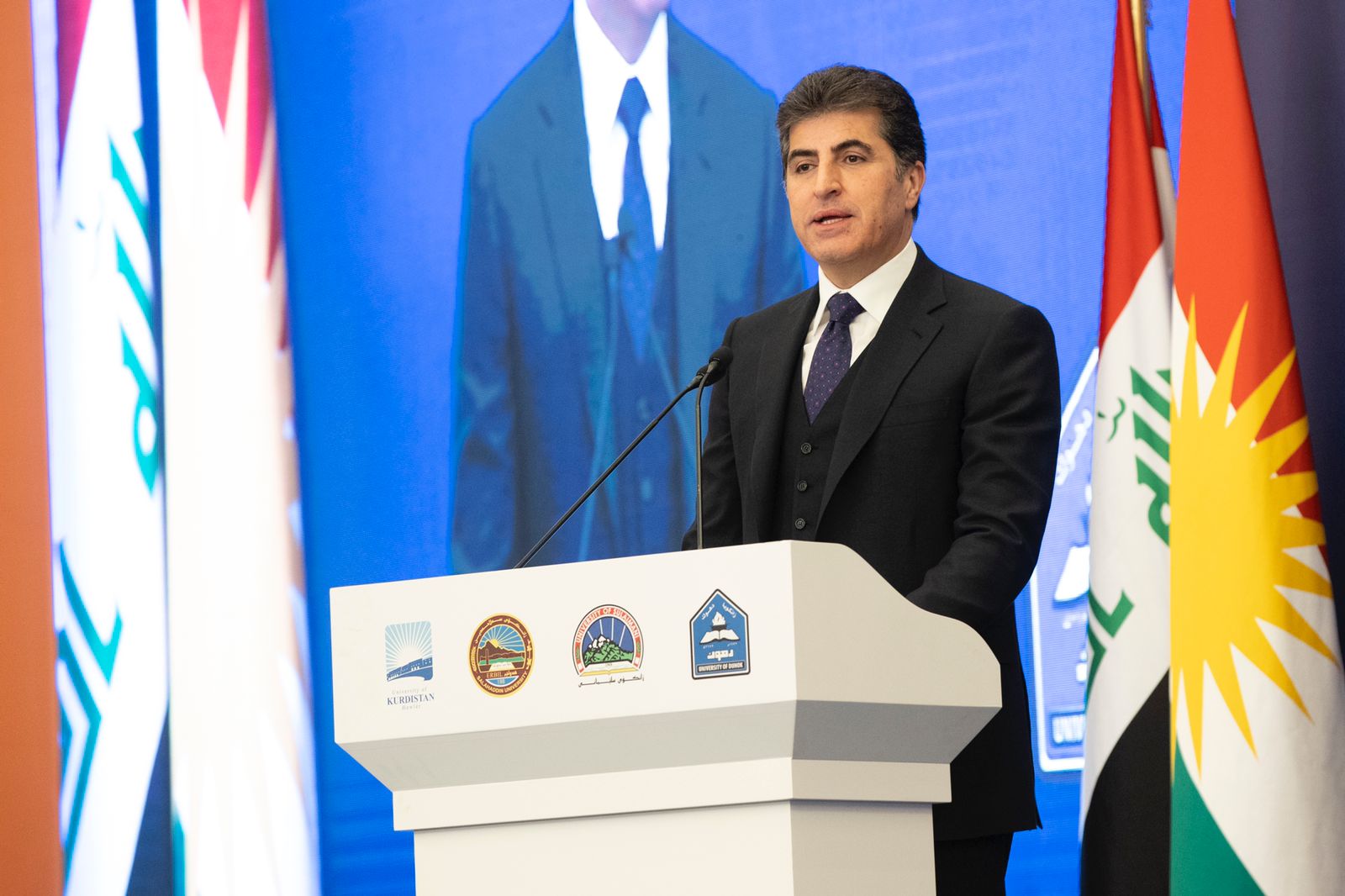 Shafaq News/ The President of the Kurdistan Region, Nechirvan Barzani, said on Sunday that institutional changes shall be made to provide a favorable environment for gender equality in both the community and government.

President Barzani's remarks came during a speech he delivered before the Gender Equality Conference held today in the Kurdistan University in Erbil.

The conference was attended by the Kurdistan Region Parliament Speaker, Rewaz Faiaq, and the Special Representative of the Secretary-General for the United Nations Assistance Mission for Iraq (UNAMI), Jeanine Hennis-Plasschaert, among other state officials and public figures.

"A free woman can pursue all the domains of life. It can be shoulder to shoulder with men. She can be a policeperson, a Peshmerga, a President of the Region if she aspires to," President Barzani said.

"We shall ensure the space that allows women to be equal to men in all the government institutions. It is imperative to boost the women's quota in the legislature," he continued, "in the Kurdistan Region, we have a female speaker of the Parliament; an orientation that is the first of its kind in Iraq."

The President of the Region attributed gender-based violence to "customs and traditions" and "misunderstanding religion", stressing that education is the cornerstone of abolishing this phenomenon.

"Our purpose is building a community that all, men and women, are equal in the rights and duties, [the capacity] to make decisions and secure their needs."

"Establishing any right requires legislation. For this reason, we amended the code of Personal Status in the Region," the President said.