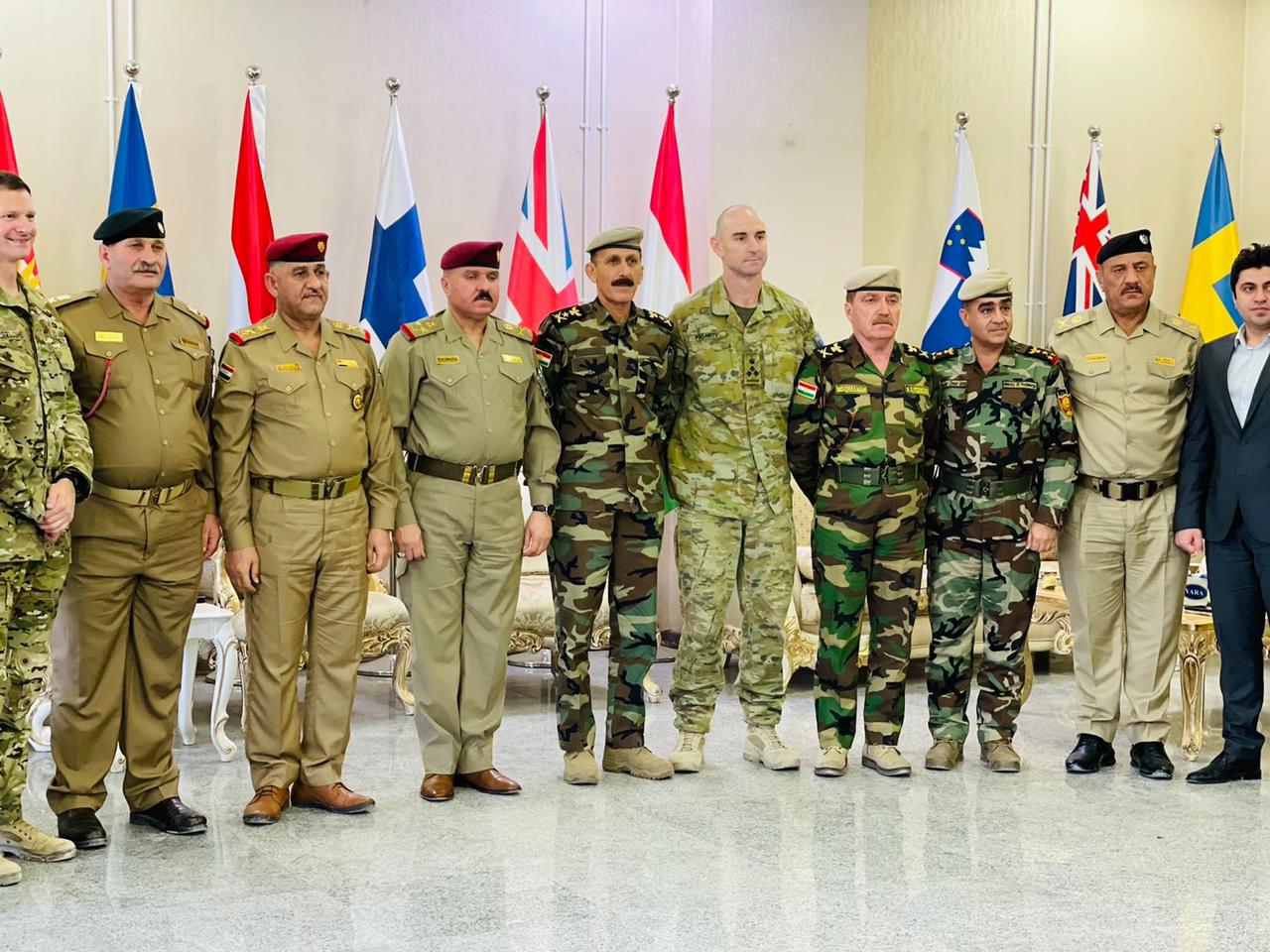 Shafaq News/ An initial approval was obtained today to form two joint brigades from the Peshmerga forces and the Iraqi army in the disputed areas.

The Chief of Staff of the Peshmerga forces, Lieutenant-General Jamal Aminki, said in a press conference that the two delegations discussed the issue of joint coordination centers in western Nineveh, Kirkuk, Makhmour, and Khanaqin, in addition to forming two joint brigades from the two ministries in the disputed areas, in addition to exchanging intelligence information and enhancing cooperation.

"We all have our own opinions on this matter, but so far the issue has not been resolved and discussions are still ongoing between the two sides to reach a unified position", Lieutenant-General Aminki said.

He added, "If the Commander-in-Chief of the Armed Forces, Mustafa Al-Kadhimi, approves allocating a budget for the two brigades, then we have no objection to their formation."

The Chief of Staff of the Peshmerga forces indicated that the Iraqi Ministry of Defense took the initiative to determine the headquarters of the two joint brigades, and is waiting for dispatching forces from the Peshmerga, "we want there to be an integrated plan in this framework, including the allocation of a special budget."