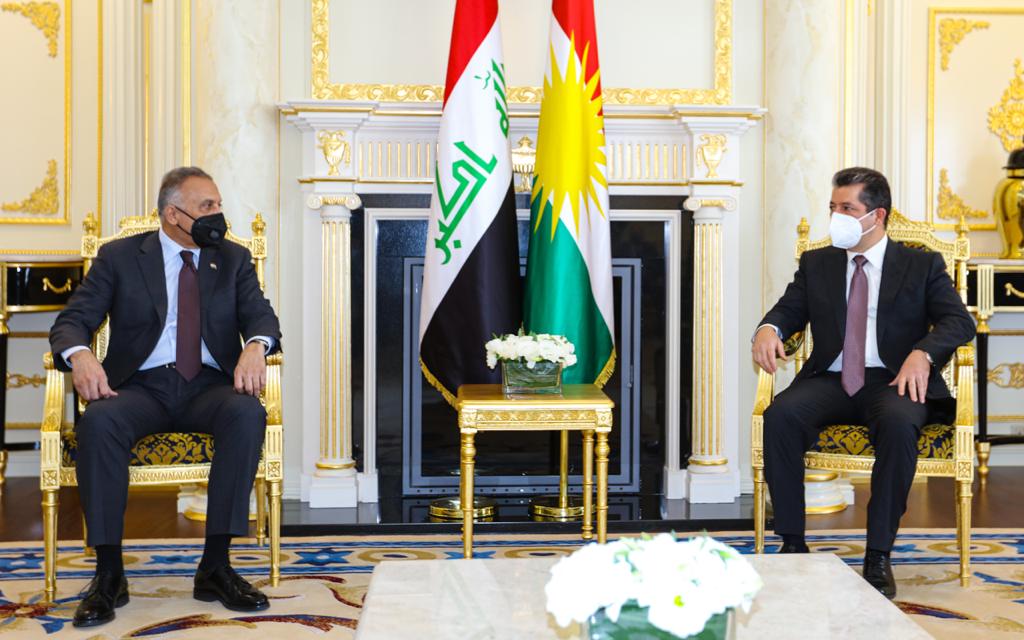 Shafaq News/ The head of the caretaker government, Mustafa Al-Kadhimi, made a phone call on Wednesday with the Prime Minister of the Kurdistan Region, Masrour Barzani, in which they discussed the situation in Kirkuk Governorate.

A statement issued by the regional government, said that during the call, the two parties discussed the situation of Kirkuk city, in which some parties tried to ignite chaos to distort the success of the voting process.

According to the statement, the two sides agreed that no party should be allowed to create chaos or harm the citizens and properties, and therefore the current unpleasant security situation in Kirkuk should be ended as soon as possible.

The statement indicated that al-Kadhimi instructed the concerned authorities to release all detainees in Kirkuk.

PM Barzani meets a delegation from the US-Kurdistan Business council